Tommy Jarvis: The Luckiest and Most Likely Jason Voorhees Survivor

wadewainio January 11, 2017 Editorials Comments Off on Tommy Jarvis: The Luckiest and Most Likely Jason Voorhees Survivor

The character of Tommy Jarvis from the Friday the 13th films is not particularly simple. Before clashing with Jason Voorhees, the young Tommy (Corey Feldman) already had an interesting personality. In addition to creating neat masks and exhibiting skills as an auto mechanic, he seemed to have a decent grasp of psychology — which he successfully employed to defeat Jason — all while still being a kid. Also, surviving three different Jason sprees is rather significant, even if Tommy accidentally caused one of them himself. Given how most horror movie survivors are girls, Tommy Jarvis definitely stands out, both in the Friday the 13th franchise as well as in slashers in general. Even Jason seems to treat him differently, moving with both increased hostility and — at times I swear this appears detectably true — caution.

What makes Tommy Jarvis such a strong opponent to Jason? He is not super human by any means. He certainly doesn’t seem evenly matched against the Big JV. Dare I say that a major factor is luck? While Tommy is indeed strong-willed and intelligent, there are several key moments in the saga where Tommy easily could have been iced by Jason, had it not been for the convenient intervention of others. Let’s look at examples from each Tommy Jarvis film.

Friday The 13th: The Final Chapter

In one of the most iconic scenes from the entire F13 franchise, Jason (Ted White) leaps through a window and grabs hold of the young Tommy Jarvis. How does he get out of it? He really doesn’t. His big sister, Trish (Kimberly Beck), hits Jason in the head several times with a hammer before planting the tool right in the big guy’s neck. Then Trish saves Tommy a second time by smashing Jason over the head with a TV set. Moments later, Tommy is only saved because Jason (somewhat understandably) decides to pursue Trish instead of him. However, Tommy definitely proves himself later on that night, as he severely slows down Jason’s career by striking and hacking him with a machete. Talk about teamwork!

Although The Final Chapter was attacked by critics for lacking moral fiber, one can easily ask: In what way do these scenes demonstrate a lack of family values? If you ask me, a brother and sister successfully defending each other from a superhuman madman is the epitome of family values. Sure, maybe the scene where Tommy spies on a neighbor girl is ambiguous, but it’s a pretty standard problem for a boy of his age. In any case, Tommy Boy redeems himself about tenfold later on. Unlike many victims, Tommy does not hold back against Jason. This is what makes him a true survivor.

Friday The 13th: A New Beginning

In The New Beginning, Tommy Jarvis survives largely due to teamwork once again. Let’s take a look at the beginning of the film. Here we see a young Tommy (still Feldman) watch a couple of idiots dig up the deceased Jason (Tom Morga). It’s pouring rain outside, which will help instill a mood of deja vu for the next Friday film. In no time at all, Jason — who apparently was not hacked to pieces by Tommy, or has some major regenerative abilities — stirs to life and takes out the two doofi (plural of “doofus”). As Jason rises from the grave, Tommy is seen and rendered to a petrified state.

Fortunately, an older Tommy (now played by John Shepherd) was just having a nightmare as he’s being driven to what some characters might call a “loony bin.” You see, this movie is largely about mental deterioration (not only Tommy’s). Every character in this movie is a little bit “off.” Hell, even the well-meaning staff at the mental institution seem mentally fragile, though they hide it pretty well.  Still, these are the people who help Tommy retain his sanity, defending him against villains both real and imagined.

Anyway, since this is a Friday the 13th movie, you know people are going to get killed off. To start with, a lovable man-child named Joey (Dominick Brascia) is murdered with an ax by a loon named Vic (Mark Venturini). It shakes a lot of people up — especially an ambulance driver named Roy. As the body count and tension mount, you see Tommy crack up a bit more. In a few instances, he exhibits significant rage-based fighting skills, and with little to no provocation. By this point, there is reason to suspect that Tommy could be the killer. I mean, what the hell’s your problem, Tommy?

Perhaps more than any other Friday installment, you get a sense that many of the characters really care for each other and have a bit of a community going. It’s actually sad to see some of them go. This is ultimately what wins against Jason in the end. Nuthouse coordinator Pam (Melanie Kinnaman) and a kid named Reggie “The Reckless” (Shavar Ross) eventually do a commendable job of steering things right. Reggie slams into Jason with a tractor. Yeah! Pam startles Jason with a chainsaw. Rock on! Tommy, on the other hand, only has a tenuous grip on sanity. Near the final showdown against Jason, Tommy actually freezes up and believes Jason to be a mere hallucination. Mistake! Machete swipe! The genuine pain of the injury makes Tommy regain his composure, and he stabs Jason in the thigh. Take that, miscreant!

Finally, through the power of teamwork and positive thinking, Reggie nearly pushes Jason off a ledge, Tommy slices Jason’s hand off and he plummets onto some farm equipment to get his ass impaled. Ouch! Conveniently, Jason’s mask comes off in the process. Twist! It’s revealed that Jason wasn’t actually Jason, but a stand-in killer and paramedic named Roy, whose son was Joey from the beginning. Later on, the injured Tommy is in a hospital having more Jason hallucinations. At the very end, Tommy dons a hockey mask and stands behind Pam with a kitchen knife, looking poised. Is he going to do it? Or is he just going to pull the prank of the century? We’ll find out in the next one (kind of)!

Just as Crystal Lake becomes “Forest Green,” both Jason Voorhees (C. J. Graham/Dan Bradley) and Tommy Jarvis (Thom Mathews) have transformed in Jason Lives. Though Tommy may suffer hallucinations, he has become proactive in trying to stop them — a possible sign that he’s getting better mentally and perhaps didn’t harm Pam. Still, in his self-prescribed therapy method, Tommy goes through the trouble of actually digging up Jason’s grave and, in a blind rage, stabs Jason in the chest with a fence post. Then, as if in a Frankenstein movie, the post in Jason’s chest is struck by lightning and he rises from the grave! He isn’t too happy to see Tommy, even if he’s no longer Corey Feldman.

Fortunately, Tommy is able to get away from Jason, although Tommy’s pal, Hawes (Ron Palillo), is not. Still, Tommy is overwhelmingly responsible for Jason’s resurrection and shows visible signs of regret over it, doing his very best to devise a way to stop him for all time. In the process, Tommy gets arrested and, because of his history of mental illness, is accused by Sheriff Garris (David Kagen) of simply imagining the whole thing. However, as bodies start piling up, the Sheriff actually believes it’s all just Tommy’s handiwork. To complicate things, Tommy starts developing a relationship with the Sheriff’s daughter, Megan (Jennifer Cooke), who actually believes Tommy’s story and helps him escape her father’s clutches numerous times. 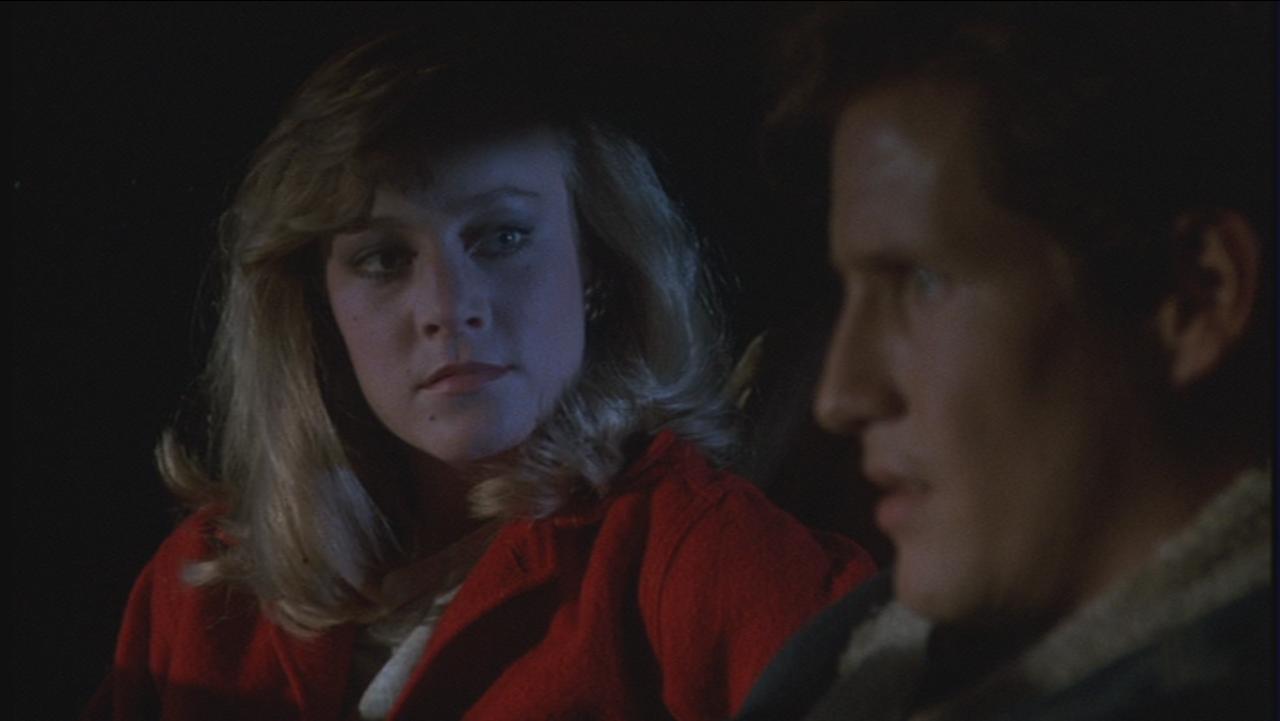 In this movie, Tommy definitely redeems himself, symbolizing our collective ability to make bad decisions with horrible consequences yet face them head on. We’re also reminded that Tommy is a realistic hero — an ordinary guy dropped into extraordinary circumstances. There’s nothing super human about him. He sometimes relies on help and luck to set things right and defeat evil. But when the shit hits the fan, it’s Tommy who rises to the top to kick some hockey-masked ass. When he struggles against Jason this time, he’s even drowned in the process. Megan then steps to the plate like a pro and totally messes up Jason’s day. Then she resuscitates Tommy. Cue happy ending!

Friday The 13th: The Game

While Tommy Jarvis sat out the rest of the films, he is playable in the latest Friday the 13th video game, which is certainly a nice touch, though not so much for Tommy himself. Either way, go get him, Tommy! We believe in you!

Wade is a wannabe artist and musician (operating under the moniker Grandpa Helicopter), and an occasional radio DJ for WMTU 91.9 FM Houghton. He is an occasional writer for Undead Walking, and also makes up various blogs of his own. He even has a few books in the works. Then again, doesn't everyone?
Previous Frankenstein Created Bikers (2016) Movie Review
Next Parasites (2017)- A Long, Dark, Raw and Dirty Road