The Hardest Stephen King Quiz Yet

Tracy Allen March 22, 2020 Quizzes Comments Off on The Hardest Stephen King Quiz Yet

What kind of typewriter did Annie Wilkes give to Paul in the movie version of Misery?
A Remington Rand
An Underwood
A Royal
A Maritsa Portable

True or false: In the book Pet Sematary, Victor Pascow's last words were, "It's not the real cemetery."
True
False

What Beatles tune could Roland hear when approaching the town of Lud in The Gunslinger?
"Imagine"
"Yellow Submarine"
"Hey Jude"
"I Am The Walrus"

What did Leigh choke on in the novel, Christine?
A hamburger
A hot dog
Popcorn
An ice cube

What was the name of the author who claimed he wrote "Secret Window, Secret Garden" from Four Past Midnight?
Mort Rainey
John Shooter
Ted Milner
John Kintner

What was the name of the character that George C. Scott played in the movie version of Firestarter?
John Raincloud
John Bluebird
John Two Feather
John Rainbird

What's the name of the little boy in Cujo?
Tim
Tipper
Tad
Terry

Name the one Stephen King story that Sheriff Alan Pangborn does NOT show up in.
"The Sun Dog" from 'Four Past Midnight'
'Needful Things'
'The Dark Half'
'Cujo'

Which Stephen King short story begins with this quote:

What was the name of the company that built Shardik the Bear in The Dark Tower: The Waste Lands?
North Central Positronics
Pacific Northwest Protonics
South Central Prioronics
Central Maine Positronics

What was the name of the poet from The Tommyknockers?
Jim Gardener
Billie Jackson
Nick Hopewell
David Drayton

The Hardest Stephen King Quiz Yet!

As the co-owner and Editor-in-Chief of PopHorror.com, Tracy has learned a lot about independent horror films and the people who love them. Now an approved critic for Rotten Tomatoes, she hopes the masses will follow her reviews back to PopHorror and learn more about the creativity and uniqueness of indie horror movies.
@Icing_Yousing
Previous Darkest Disciples: Deadliest Cult Leaders In History Part 1 – Jim Jones
Next The Return Of Adam Green’s Scary Sleepover Can You Name that Werewolf Movie? Can You Guess The Friday The 13th Film Based On Film Stills? 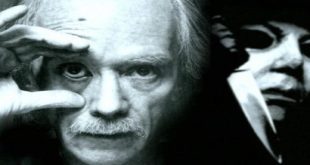 In honor of the “Master of Horror and Suspense”, John Carpenter’s 70th birthday, see if …