I’ve always found something darkly narcissistic about the culture of self-help, manifesting, and life-coaching. All of this constant exploration of self, self, self has to affect how you see other people, and taking to heart what the universe owes you sounds like a God Complex. It’s these dark instincts that guide the new film from Staten Cousins-Roe, A Serial Killer’s Guide to Life. It’s a pitch black comedy about two women finding themselves by murdering a parade of gurus, guides, and sage-burners.

Roe brings all of these aspects to bear in making A Serial Killer’s Guide to Life work on numerous levels. It’s at times unsettling, hilarious, pointed, and moving, all whilst leaping from genre to genre. The plot follows a young woman, Lou (Katie Brayben: Doctor Who TV series), as she bounces from self-help program to program, all to no avail. She lives under the thumb of her vicious and codependent mother and feels hobbled by her life. Brayben grafts this fatalist desperation to the spine of her performance. Her weak smile and small voice immediately bring to mind a child living in fear of a punishment that may never come, or, perhaps, never left. At a seminar, she meets another life coach, Val (Poppy Roe: This Way Out 2013), who charms her with her dazzling confidence. In no time at all, Lou is joining Val on her quest to become the greatest life-coach of all time. 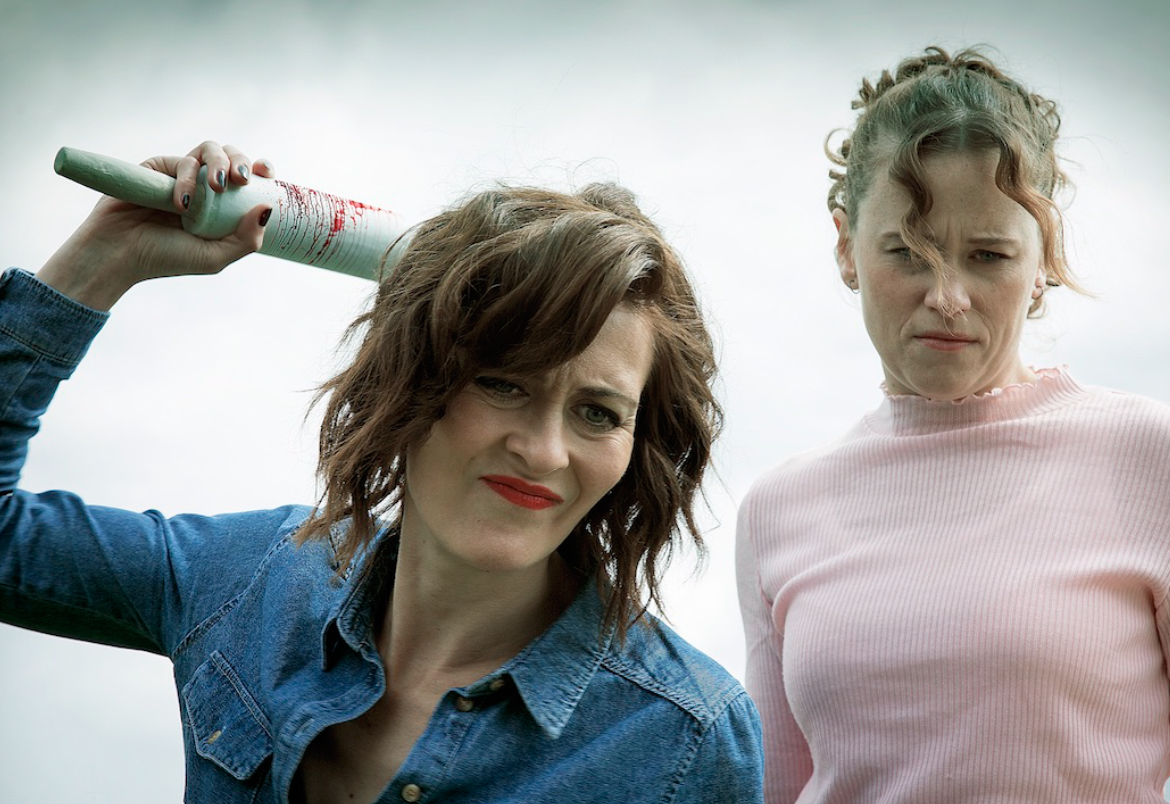 Of course, complications arise as we learn that Val is the titular serial killer, and she and Lou’s quest involves traveling the English countryside to kill off her competition. Poppy Roe sizzles as Val, bringing a perilous intensity to her scenes with the same single-minded want you’d recognize from Martin Sheen in Cronenberg’s The Dead Zone and Christian Bale in American Psycho. She’s driven, and her idea of self-help is to cripple the world until it’s on her level rather than rise to its challenge. She’s dry ice, so unrelentingly cold it burns you for even getting close.
A Serial Killer’s Guide To Life is a brilliant concept for a satire in 2019, and it’s handled beautifully in Roe’s script and direction, never once winking at the camera or overplaying its hand. We know from the title where the film is headed, and it all plays with dramatic irony like a master magician. Brayben and Roe play off each other expertly, communicating with glances and pauses that pages of dialogue never could, evoking the great two-handers of Thelma & Louise and Harold & Maude. The self-help sequences are riotously funny, sending up every trend and practice you could ever find on an Instagram scroll. Roe stretches the self-help philosophy to its extreme until it becomes self-help and fuck-everybody-else, making cold-blooded murder part of these characters’ #selfcare.
The film isn’t content with just stretching its punchline into ninety minutes. Instead, it splits its focus, juxtaposing brutal satire with a genuinely touching road movie about two people becoming friends. Initially, Val looks down on Lou for her acceptance of her own circumstances and for not believing better of herself. Lou, by contrast, looks up to Val and feels inspired by her ambition. Her small town cannot hold the kind of big dreams Val has, and Lou finally feels emboldened to live in a bigger world that can hold them. 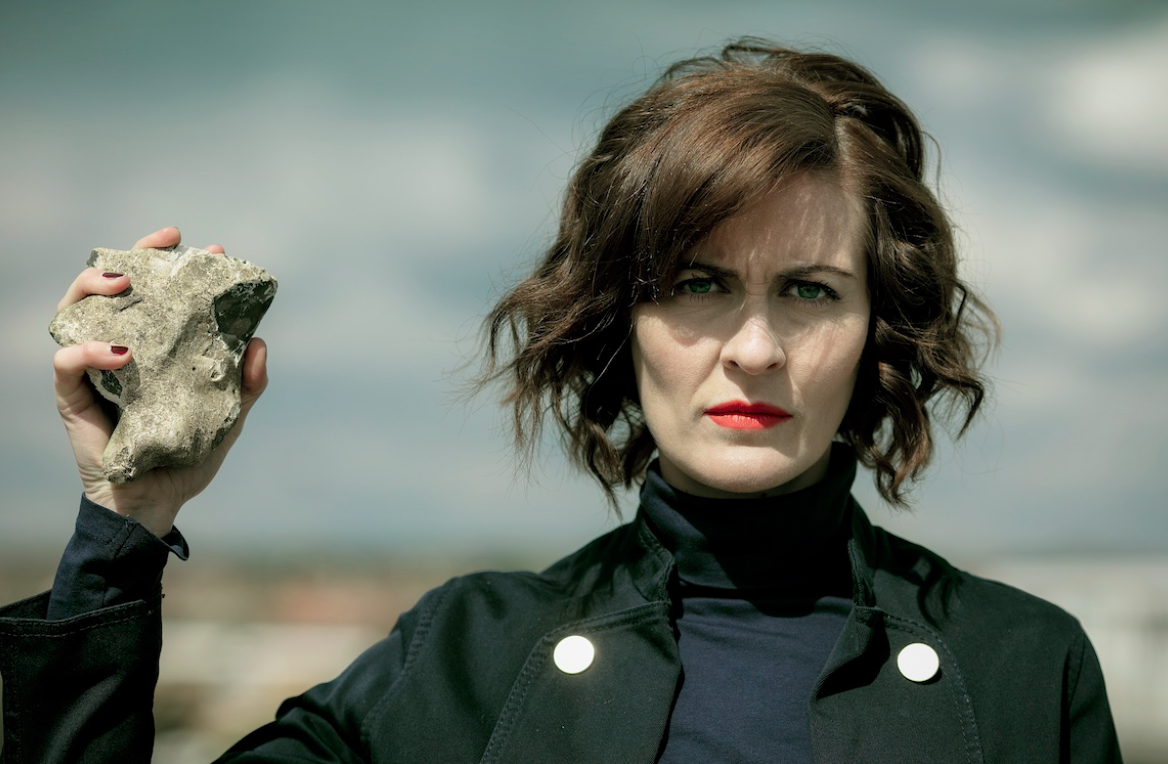 Rather than be a straight up horror film, A Serial Killer’s Guide to Life is a movie made for horror fans, balancing their blood-hungry expectations with the story it wants to tell. It’s closer to a Tucker & Dale than it is American Psycho, taking all the devices of the genre and flipping them for its own purposes. The murder scenes are playful, zany, and compelling, particularly in the beginning before Lou learns of Val’s dark secret.

One sequence, in particular, that occurs late in the film elevates A Serial Killer’s Guide to Life to one of the better films of the year for me. It occurs during Val and Lou’s trip to a reverse birth self-actualization exercise. I won’t spoil anything, but the exercises take a surreal, nightmarish toll on Lou that finally confronts the deferred horror of the murderous road trip. It’s biting, brutal and necessary for where this film wants to go. Also notable is A Serial Killer’s Guide to Life’s framing device, a series of self-help steps to unlock one’s inner potential delivered in a fireside chat by the film’s almost mythologically successful self-help guru, Chuck Knoah (played to Tony Robbins-skewering perfection by Ben Lloyd-Hughes: Divergent 2014). As Lou and Val plunge deeper into darkness, the film itself gets brighter and brighter as we watch these ladies walk further along Knoah’s path to true personal success.

Similar subject matter was tackled in Luke Ricci’s How to Be A Serial Killer in 2008, but, with the exception of a standout performance from Daemon Clarke as the film’s motivationally speaking, serial-killing lead, that film falls flat. Roe’s decision to combine his murderous self-help satire with the sentimental trappings of a road movie and the film’s pitch-perfect cast make A Serial Killer’s Guide to Life a fun engaging trip into unlocking the true potential of its scalpel-sharp premise.

Billie is a horror obsessed writer with a love of Giallo, Vincent Price, and any horror movie set in the West. She can't wait to tell you about how Videodrome is a sci-fi horror love letter to trans girls like her.
Previous Premiering Soon: ‘What Death Leaves Behind’ (2018)
Next Ready Or Not (2019) – A Perfect Blend Of Horror And Humor Movie Review