A Christmas Horror Story is exactly what a good anthology horror movie is supposed to be! It brings interesting stories, a great cast of characters, and an overall feel-good vibe.

(Synopsis provided by IMDb.com): From Grant Harvey, Steven Hoban, and Brett Sullivan, the directors who brought us Ginger Snaps 2: Unleashed (2004) and Ginger Snaps Back: The Beginning (2004), comes A Christmas Horror Story, a movie that’s made up of four interwoven stories that take place on Christmas Eve, all told by one festive radio host (William Shatner).

1. Horror In The Hallway

This segment follows three high school students, Molly (Zoé De Grand Maison), Dylan (Shannon Kook), and Ben (Alex Ozerov), as they investigate a mysterious homicide that occurred the prior holiday season. Horror In The Hallway was the only segment that wasn’t afraid to bring the religious aspect of Christmas into the mix. The story was simple, while it was also decent. I wasn’t a fan of Zoé Maison’s stiff performance, however. It seemed like she was very nervous to be on film. 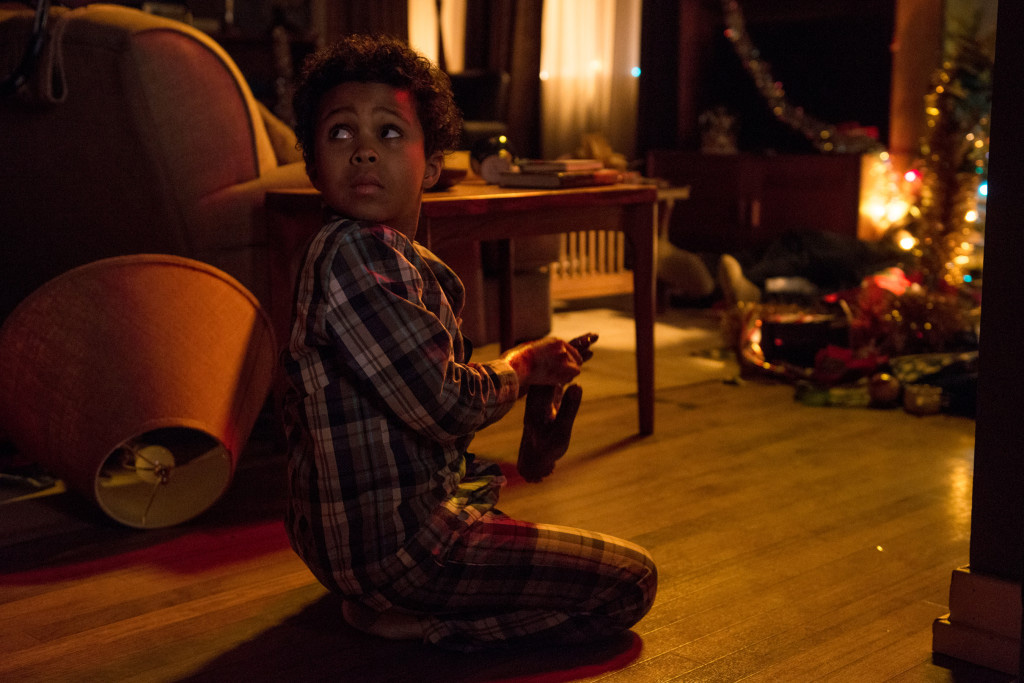 A couple (Adrien Holmes, Oluniké Adeliyi) notices their young son (Orion John) acting strangely after a snowy forest trip to get their Christmas tree. This segment is the only one that isn’t really about the holiday. It brings a monster story that happens to take place on Christmas. Yet, that does not mean this wasn’t a good short. Orion John had to transition from a normal kid to the creepy changeling. Very few child stars are able to pull off that kind of performance, and Orion did it beautifully.

3. The Kids And Krampus

One family is stalked through a winter wonderland by the holiday demon Krampus (Rob Archer). This segment was interesting since the main family wasn’t likable at all. The daughter (Amy Forsyth) was a complete bitch. Dylan (Percy Hynes White), the son, was a disturbed brat. Finally, the parents (Jeff Clarke, Michelle Nolden) reminded me of the typical snobbish rich couple that don’t love each other. If director Grant Harvey intended for the family to be unlikable, he definitely succeeded. I ended up cheering for Krampus the entire time.

At the North Pole, Santa (George Buza) has to fend off zombie elves. This segment felt completely out of place with the rest of the film. The other segments had a certain subtlety that I didn’t find in this one. Yet, I loved George Buza’s portrayal of Santa Claus. He brought us a really bad-ass Santa! The end of this segment completely won me over, leaving me both shocked and excited.

I basically grew up watching horror films and spooky things. I watched my first horror film when I was 4 years old. I've wanted to be a writer ever since I've read Stephen King books in middle school. I love writing and talking about my favorite genre. I hope to one day be successful in screenwriting and filmmaking. Everything horror, of course!
@Karli_Ray
Previous Universal Resurrecting ‘THE MUMMY’ in 2017!
Next The Walking Dead S7 Ep 7 “Sing Me A Song” Recap