With the horror genre, laughing one’s ass off isn’t exactly the first thing that comes to mind. However, films such as Sam Raimi’s The Evil Dead (1981) and Evil Dead II (1987), Stephen Chiodo’s Killer Klowns from Outer Space (1988) and John Gulager’s Feast (2005) have helped fuse laughs and horror with dark undertones and hilarious ridiculousness.

Ranked below are my top five must-see comedic horror films currently available on Netflix. I hope you enjoy!

Synopsis: A fun-filled ski trip in the Nordic mountains take a chilling turn for a group of medical students when they come under attack by Nazi zombies.

Thoughts: As if the concept of WWII Nazi soldiers returning from the dead isn’t ridiculous enough, this film features plenty of humorously over-the-top gore filled action while the characters fight to survive various compromising positions.

Synopsis: A weekend of relaxation and debauchery is rudely interrupted for a group of college students when their lakeside-secluded cabin comes under siege by zombie beavers.

Thoughts: Full of crazy randomness and a hilarious script, this film features killer beavers that won’t die and humans transforming into zombie beavers on two legs. As the plot escalates, the horror offers over-the-top laughs with the appearance of a mutated zombie beaver bear.

Synopsis: Following the events of the befallen Martin (Vegar Hoel) and his friends, the surviving medical student continues his run from Herzog (Orjan Gamst) and his battalion of undead Nazi zombies. Teaming up with a zombie sidekick and the Zombie Squad, Martin turns the tables on Herzog by resurrecting a group of Soviet POWs killed at the hands of the Nazis in life.

Thoughts: Every so often, there’s a sequel that comes along that surpasses the original. This is one of those rarities. Raising the bar in the gore department with scenarios any fan of The Evil Dead will love, this second installment is sure to keep the laughs coming.

Synopsis: With their love for metal music, four teens form a band and unintentionally summon demons by using black magic as the basis for their latest song.

Thoughts: while maintaining its own plot and storyline, this film greatly resembles The Evil Dead while perfectly capturing the rage, death and chaos relationship between metal music and horror films…and poking fun of it, of course. 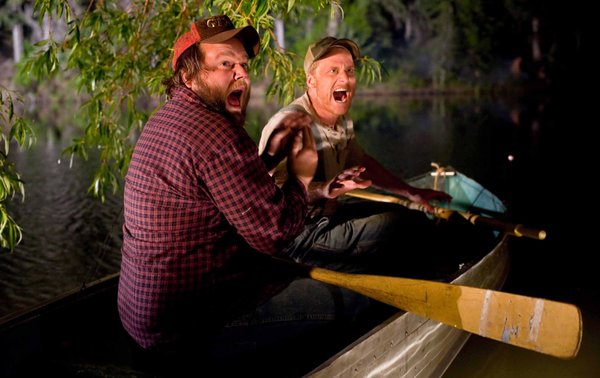 Synopsis: Two harmless hillbillies, Tucker (Alan Tudyk) and Dale (Tyler Labine), invest in a vacation cabin that is an obvious breeding ground for evil. Mistaking the two friends for backwoods murderers, a group of preppy college kids takes to the offense.

Thoughts: Poking fun of various iconic horror films, subgenres, and horror scenarios, this film will keep you engaged and entertained while laughing on the edge of your seat.

If you’re Netflix subscriber who likes your horror and comedy intertwined, you will not be disappointed with these goretastic flicks of laughter. Catch these must-see comedic horror films before they disappear.

Previous The Clown Network (2016) Online Dating Meets Clowns
Next PopHorror Interviews Todd Nunes, Director of All Through The House