It’s been 20 years since we’ve seen David Arquette take on killer spiders in Ellory Elkayem’s Eight Legged Freaks, which had its Zurich premiere on May 30, 2002. The residents of a rural mining town discover that an unfortunate chemical spill has caused hundreds of little spiders to mutate overnight to the size of SUVs. It’s up to mining engineer Chris McCormack (David Arquette) and Sheriff Sam Parker (Kari Wuhrer) to mobilize an eclectic group of townspeople into battle against the bloodthirsty, eight-legged beasts. The film also stars Scarlett Johansson, Leon Rippy, and Doug E. Doug.

1) The original title of the film was not Eight Legged Freaks. It was Arac Attack. This is, literally, the most early 2000s movie title I’ve ever heard.

2) In the beginning at the spider farm when we see the jumping spiders feeding, Joshua Taft (Tom Noonan) says, “They call it the Arac-Attack,” a reference to the original movie title.

3) Pre-production started seven months before shooting was due to commence. This was mainly to give the visual effects crews time to render spiders as quickly and as accurately as possible.

4) Eight Legged Freaks was shot over a 40 day period.

5) The spider that bites Joshua is a Pink Toe Tarantula from South America.

6) The film was shot for the relatively low cost of $30 million. A third of the budget went to special effects. 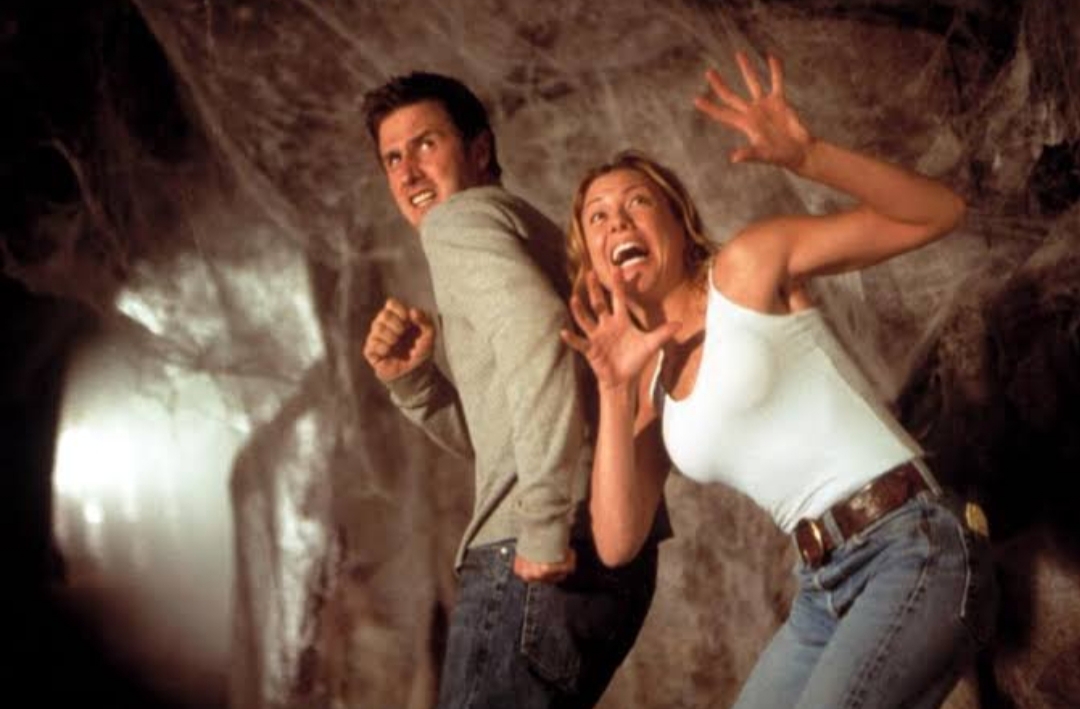 7) Inspired by the short film, Larger Than Life (1997), from writer/director Ellory Elkayem.

8) A sequel was originally announced by producer Dean Devlin back in 2003. It would have had Ellory Elkayem returning to direct and David Arquette reprising his role as Chris McCormick. Nothing more was ever said about it, and the sequel got scrapped for reasons unknown. 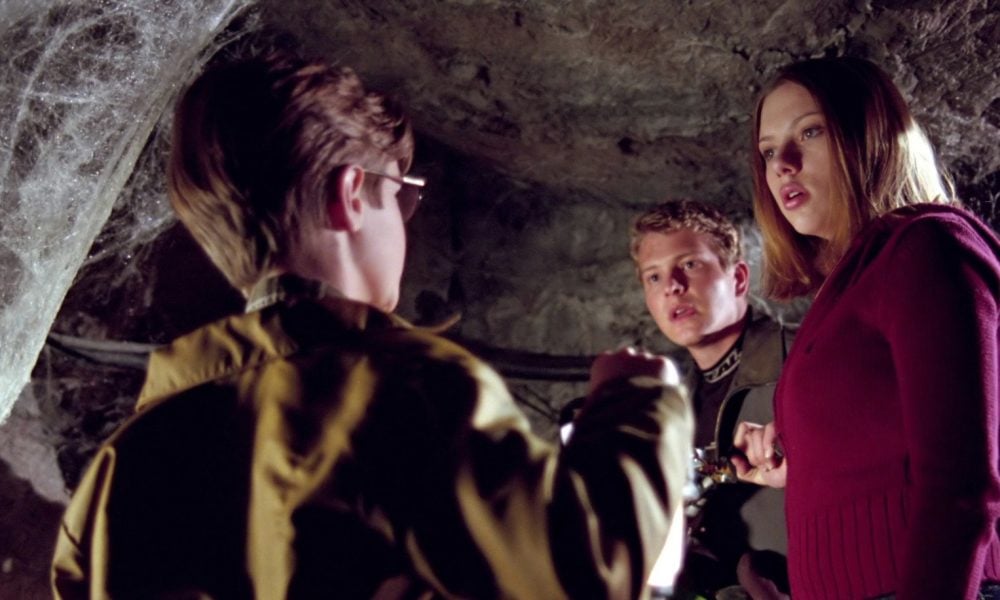 9) When Mike Parker (Scott Terra) tries to convince his mom that there are giant spiders running around, the movie playing on TV is Them! (1954), which is about giant, irradiated ants.

10) During the car ride to the mall, Harlan is convinced the spiders are aliens. Chris responds, “They are the spiders from Mars,” a reference to the David Bowie song, “Ziggy Stardust.”

Just a Canadian girl who loves horror movies and old music. I grew up watching horror with older siblings, and cousins but I really fell in love when I watched Wes Craven's A Nightmare On Elm Street, and I've been in love ever since.
@JazmineHiller29
Previous Neil D’Monte Launches Fashion Line Called Hellbilly Clothing
Next Ten Fun Facts About Quentin Tarantino’s ‘Death Proof’ (2007)