With the new Halloween coming out next month, I wanted to take a moment to look back on the first films in the franchise and pick the five scariest moments for me, a Halloween superfan. While the new film will ignore all sequels, this article will not. There is no specific timeline we are going to focus on and, as always, all comments are welcome for you to join in and tell me your own favorite/scariest moments of the franchise. Without further ado… As much as I legit can’t stand the mask we got for Halloween 5, Tina’s death scene was gory, the chase scene was epic, and ultimately, the two combined made it terrifying as a viewer. Tina (Wendy Foxworth) was all little Jamie Lloyd (Danielle Harris) had left, after Rachael’s (Ellie Cornell) untimely demise, and the love Tina had for her friend’s niece made a lot of viewers bond with her quickly. The chase through the field was one of the most suspenseful parts of the film, and I was genuinely terrified when I first watched it as a child.

Halloween: Resurrection is universally despised by fans of the franchise. I personally have it ranked as second worst in the series. However, one of the best chase scenes resides in this film. After it is officially known that none of the deaths are fake and Michael has returned home, Sara (Bianca Kajlich) is in a bit of a pickle. Luckily, thanks to technology, her cyber friend, Decker (Ryan Merriman: The Jurassic Games), helps her by messaging Michael’s location in real time. This was a welcomed addition to the typical cat-and-mouse chase methodology that we see in slasher films. The entire sequence has you holding your breath and praying that Sara survives. The absolute last place I would want to be trapped is in the home of one of the most sinister serial killers of all time, and that is exactly where Sara has found herself.

3. Laundry Day (A True Classic Never Goes Out Of Style)

The original Halloween had some of the most perfect scenes in the history of film. The one that terrified me the most when I first saw it was the laundry room scene. Annie (Nancy Kyes) has to clean her shirt, and we see Michael outside of the room, stalking her. This is one of those scenes that, while you can still appreciate it upon additional viewing, it doesn’t have the same bite as the first time you see it. My first watch had my heart racing, especially when she got stuck in the window. I just knew that this was the moment my favorite character was going to bite it. 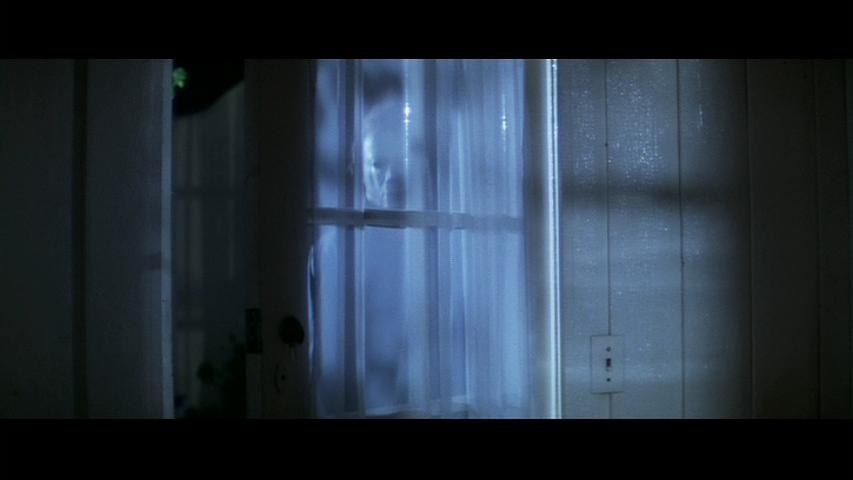 Halloween 4: The Return of Michael Myers is my favorite of the series. Not because it is the best, but because I can watch it 20,000 times and never get tired of it. It felt like it took the qualities of the first film and ramped everything up a notch. The ending of this film is something that rivals the original’s ending. After a deadly shootout with The Shape, all seems to be well, but as a viewer, there is an impending feeling of dread. While we keep a lookout for Mr. Myers, it is his pint-sized niece (Danielle Harris) that we should be watching. Apparently, after touching his hand, Michael’s evil has found a new host and causes her to attack her foster mother in a violent outburst. The last thing we see, as the film fades, is a blood-covered Jamie and Dr. Loomis (Donald Pleasance) agonistically screaming. 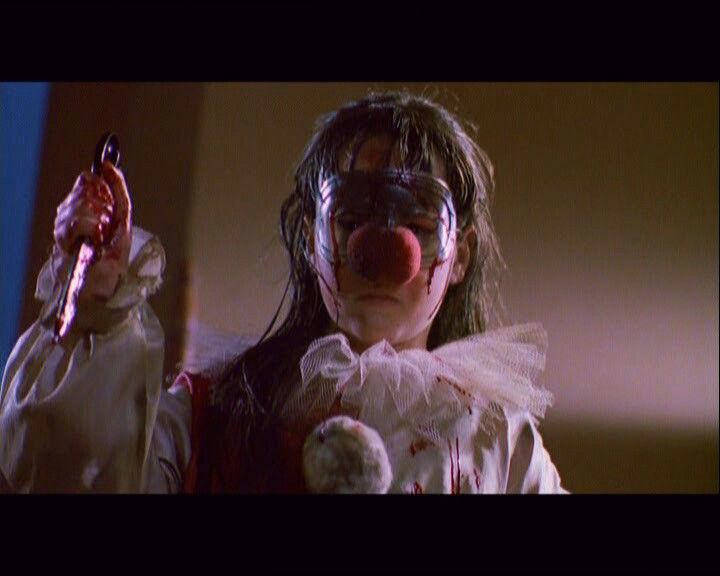 To me, Halloween: The Curse Of Michael Myers holds the crown of the scariest in the series. I was six years-old when I first attempted to watch it. I say attempted, because at this very scene, I had my Grandma turn the movie off because I just couldn’t do it. Right after her friends are brutally slain by The Shape, Kara (Marianne Hagan) looks down and notices that Danny (Devin Gardner), her son, is walking into the house where Michael has just finished doing what he does best. Forced by a mother’s need to protect her young, Kara runs into the house and arms herself with a fire poker. The next 5-10 minutes is fucking nerve wracking. Everyone is aware that Michael is in the house somewhere, and it is up to Kara find her son before Michael does. I eventually finished the sixth entry a few years later, but nothing compares to the first time you see it. It is the definition of suspense, and the chase scene that follows turns it up even more. 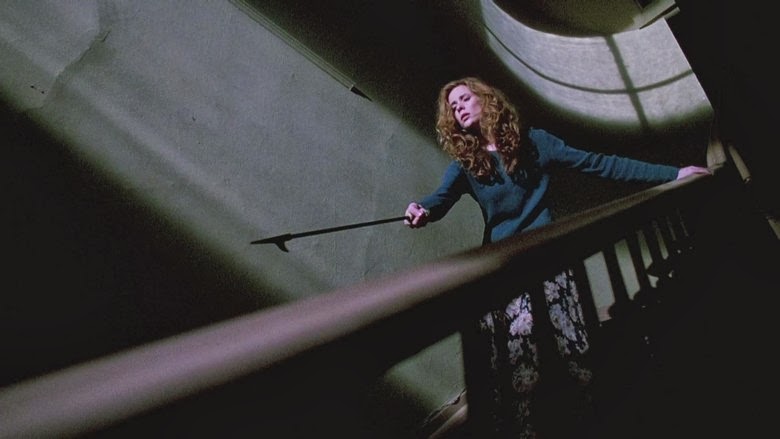 I’m sure there are plenty of scenes that are terrifying to others in the Halloween franchise, but these are my top five. I’m hoping that the new film will have at least one scene that makes me adjust my ranking. I think, as a superfan, I just really want a spine-chilling film. What I’m terrified about with the new entry is that they will focus on placing too many easter eggs and inevitably forget to deliver a terrifying, great, stand-alone film. That is, after all, what makes some of the best entries in the franchise.

Let us know what you think of the ranking, your top scary moments of the Halloween franchise, and what you are dying to see in the new Halloween, which is coming out October 19, 2018.

At 5 years old i was catapulted in to the horror genre and have had no desire to ever leave it. I'm 26 years old with a great sense of humor and a thirst for the horror industry that just will never be quenched. I have a horror review site of my own called cabinintheweb reviews and when I'm not writing about, or watching, horror films, I am spending time with my spouse and my animals.
@cabinintheweb
Previous Jeremiah Kipp’s ‘Black Wake’ Looks Like a Wild Ride
Next Interview with Javier Botet: The Man Who Breathes Life Into Monsters