10 Ways To Resurrect The ‘Friday the 13th’ Film Franchise

Kenn Hoekstra July 13, 2018 Editorials Comments Off on 10 Ways To Resurrect The ‘Friday the 13th’ Film Franchise

I have a confession: Friday the 13th is my jam. I’ve loved it since I was a kid growing up in the 80’s and discovered the franchise at an all-too-young age. I can’t even begin to tell you how stoked I am that my favorite unofficial holiday is here! I also can’t tell you how bummed I am that the next Friday the 13th isn’t on the calendar until September, 2019. Oof. That’s a bummer.

An even bigger bummer is the lawsuit going on right now between Victor Miller and Sean S. Cunningham over the Friday rights. That legal battle has put the brakes on Friday the 13th game content from Gun Media and is preventing any sort of movie sequel or remake or ANYTHING from being done with the franchise. Let’s face it, campers: it sucks to be a Friday the 13th fan right about now.

Take heart, though. If there’s one thing I know it’s that people love money; and the Friday the 13th license is a gold mine. Money is ultimately the reason this lawsuit will get settled. Amicably, I hope. And sooner rather than later. So what happens when the smoke clears? Where does the series go from here? I’ve put a great deal of thought into it and I came up with 10 ways the Friday the 13th film franchise could be resurrected once the lawsuit ends.

What are they? Let’s have a  look!

10. A Sequel To Friday The 13th (2009) – Call me crazy, but I think the 2009 Friday reboot was actually pretty decent. Derek Mears made a fine Jason. The prologue presented the Pamela Voorhees aspect of Friday lore very well. The movie did well at the box office. If you just made the last 10 minutes of the film a dream sequence, you’d be all set! Platinum Dunes says they’d love to do another Friday movie once the legal battle is over. This approach could make a lot of sense if they’re involved and would avoid spinning an entire origin story yarn again. Take my money! 9. A Found Footage/Documentary Film – Fans weren’t thrilled with this concept when it was first floated and attached to Adam Green (Hatchet). I think it could be very cool. What is Jason, if not an urban legend? Why wouldn’t a bunch of idiots…er, teenagers, go looking to see if the legend was true? Telling the Friday story through a group of filmmakers or researchers discovering and investigating the legend for the first time would be awesome. It would be tough to abandon the Harry Manfredini music and audio queues, but the scare potential of Jason just showing up on (shaky) camera cranks the creepy factor to 11!

8. Blood In The Snow – There are a ton of Friday the 13th fan films. What do a lot of them have in common? They take place in winter! I’m not sure where the idea originated, but there has been a ton of fan demand for a Friday the 13th film set against a snowy backdrop. It would be such a stark contrast from the Summer at the lake approach that it could be the breath of fresh air the franchise needs. You have to admit it would make a very interesting dynamic: footprints and blood in the snow, falling through ice, trying to escape by ski or snowmobile, battling the elements to stay warm while on the run and hiding in the cold. All new things, yet nestled in the comfortable familiarity of Camp Crystal Lake. It’s beginning to look a lot like Christmas!

7. Jason X-2 – Yeah, yeah, yeah, I know this will never happen. But it would still be killer. The end of Jason X set it up perfectly with Jason crashing to Earth 2 near a lake and a campground or park. The original showed the technology of the future to be formidable. Would it match up against the future’s ultimate killing machine? I’m sad we won’t get to find out. I think there are Jason X novels, though. Maybe I can dig those up  on eBay? That might have to be good enough.

6. A Reboot Set In 1980 at Crystal Lake – Technology is cool and all, but back in the 70’s and 80’s, horror movies didn’t have to worry about cell phones, Google, GPS, fuel injection, or 100 other things that make a killer’s life miserable in the modern slasher era. Setting a new Friday the 13th back in 1980 would eliminate all of that. It would also give filmmakers the opportunity to take a Grindhouse approach to re-capturing the look of the original film. If done right, this approach could introduce a Stranger Things loving modern audience to the franchise while playing the nostalgia card to old school fans who are craving a return to Jason’s original stomping ground. I love the 80’s!

5. Creighton Duke Returns – Jason Goes To Hell: The Final Friday is a dark horse in the Friday the 13th franchise. One of the more interesting aspects of that controversial film is the character of Creighton Duke. He’s the bounty hunter/badass who has a mysterious history with Jason. What is that history and how does that adversarial relationship ultimately play out? That’s the crux of this film’s concept. Director Adam Marcus said recently he’d like to do a Creighton Duke film. If you’re going to play that hand, why not go all in on The Duke? Lawsuit settlement pending, of course. 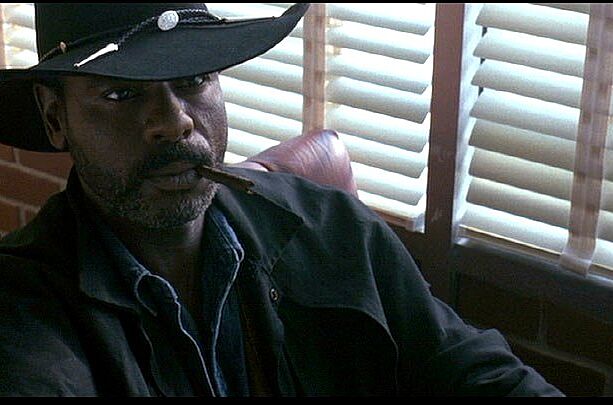 4. The Killer Crossover – Freddy vs. Jason was a big success and a ton of fun. I’m frankly shocked that success didn’t lead to a boatload of horror crossovers (Freddy vs. Candyman? Chucky vs. Leprechaun anyone?). Well I’m here to tell you, it’s not too late! Could we get a Freddy vs. Jason 2? Jason Goes To Hellraiser? Michael Myers vs. Jason? Why stop there? We could get other studios and franchises involved. You could have Jason vs. Predator. Jason vs. Dracula. The fan wet dream: Freddy vs. Jason vs. Ash! Like I said earlier, people love money and any one of these crossovers would make a shitload of it. Never say never!

3. Friday Survivors vs. Jason – Corey Feldman has said for years he’d like to square off against Jason one last time. Why not get the rest of the gang involved? A number of kids have survived Jason’s wrath over the years. Trish and Tommy from Part 4 (and Tommy from Part V and VI). Chris from Part 3. Megan from Part VI. Tina and Nick from Part VII. You get the idea. Jason has killed a ton of kids, but enough escaped over the years to make an Expendables of Crystal Lake! A lot of the actors have said on the convention circuit they’d be up for one more crack at Jason. I think it’s safe to say the fans would be up for it, too!

2. Crime and Punishment – Remember the beginning of Jason X? The military had captured Jason and had him chained up and Rowan talked about how he had been tried, but they couldn’t execute him. Well, what if Jason went to prison instead of Hell or Space? No, I’m not talking about the stone walls and tiny cells of a crowbar motel. I’m talking about an island other isolated environment, the likes of which invokes The Condemned or Escape From New York. The ultimate killer on an island of the worst killers ever incarcerated: who comes out on top? I don’t know, but the ensuing bloodbath would be a fan’s dream! Make it happen!

1. Friday the 13th Part 2 Sequel Starring Amy Steel – It worked (or is working) for Halloween. Jamie Liee Curtis and the Shape are throwing down this October. Why can’t Jason and Amy Steel follow suit? Amy Steel is the definitive Friday final girl, right (I argued for Chris a while back, but I digress)? Everyone loves Amy! So why couldn’t she come back for one more round against everyone’s favorite hockey masked killer? If the new Halloween makes big bank like I think it will, you might see this approach get a lot more consideration.

There you have it! 10 ways the Friday the 13th franchise could be resurrected once the lawsuit clears up. What do you think? Which of these ideas do you like best? Or do you have a Friday sequel idea of your own?