Scary Movie 4 turns 15 on April 14, 2021! I can’t believe it’s been fifteen years since this laugh riot came out. It’s seriously making me feel ancient. My cousin and I would watch this flick all the time when we were growing up. We watched all the Scary Movies actually, so much so we knew all the lines. It was still great though! To celebrate Scary Movie 4, we compiled a list of our top 10 fun facts about the film!

Cindy (Anna Faris) finds out the house she lives in is haunted by a little boy and goes on a quest to find out who killed him and why. Also, alien “Tr-iPods” are invading the world and she has to uncover the secret in order to stop them. Also starring Regina Hall (Girls Trip), Anthony Anderson (Kangaroo Jack), and Leslie Nielsen (The Naked Gun), just to name a few.

1) The Saw (2004) and Saw II (2005) sets are so exact that they look as if they are the same ones used in the original films, so much so that the Saw producers asked if they could use the bathroom set from this film for Saw III (2006). 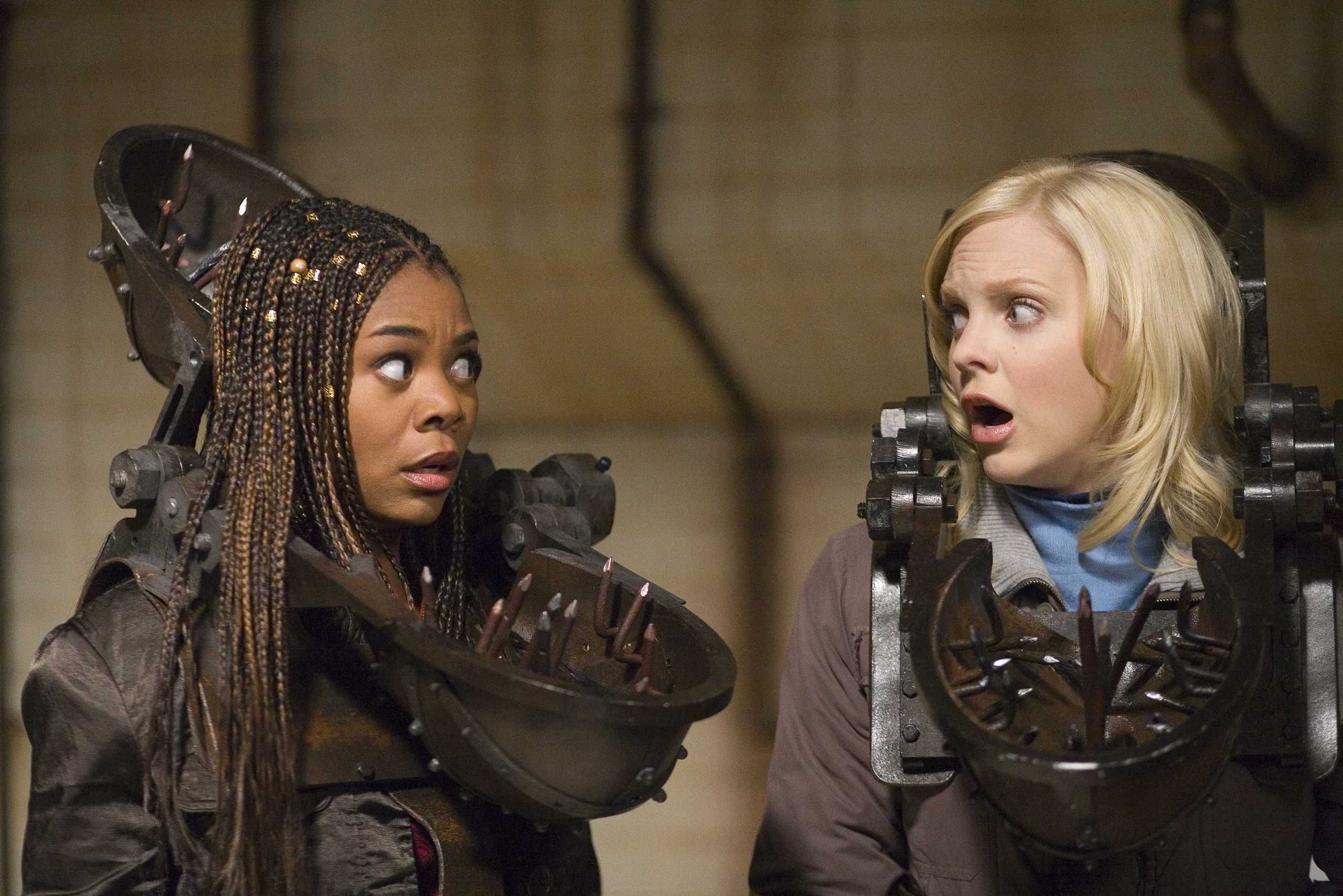 3) There was to be a spoof of House of Wax (2005) in the beginning of this film, and Paris Hilton and Elisha Cuthbert were supposed to make an appearance, but it was canceled. Other dropped spoofs were Red Eye (2005) and Cursed (2005).

4) This is the first in the Scary Movie franchise to be shot in high-definition video. 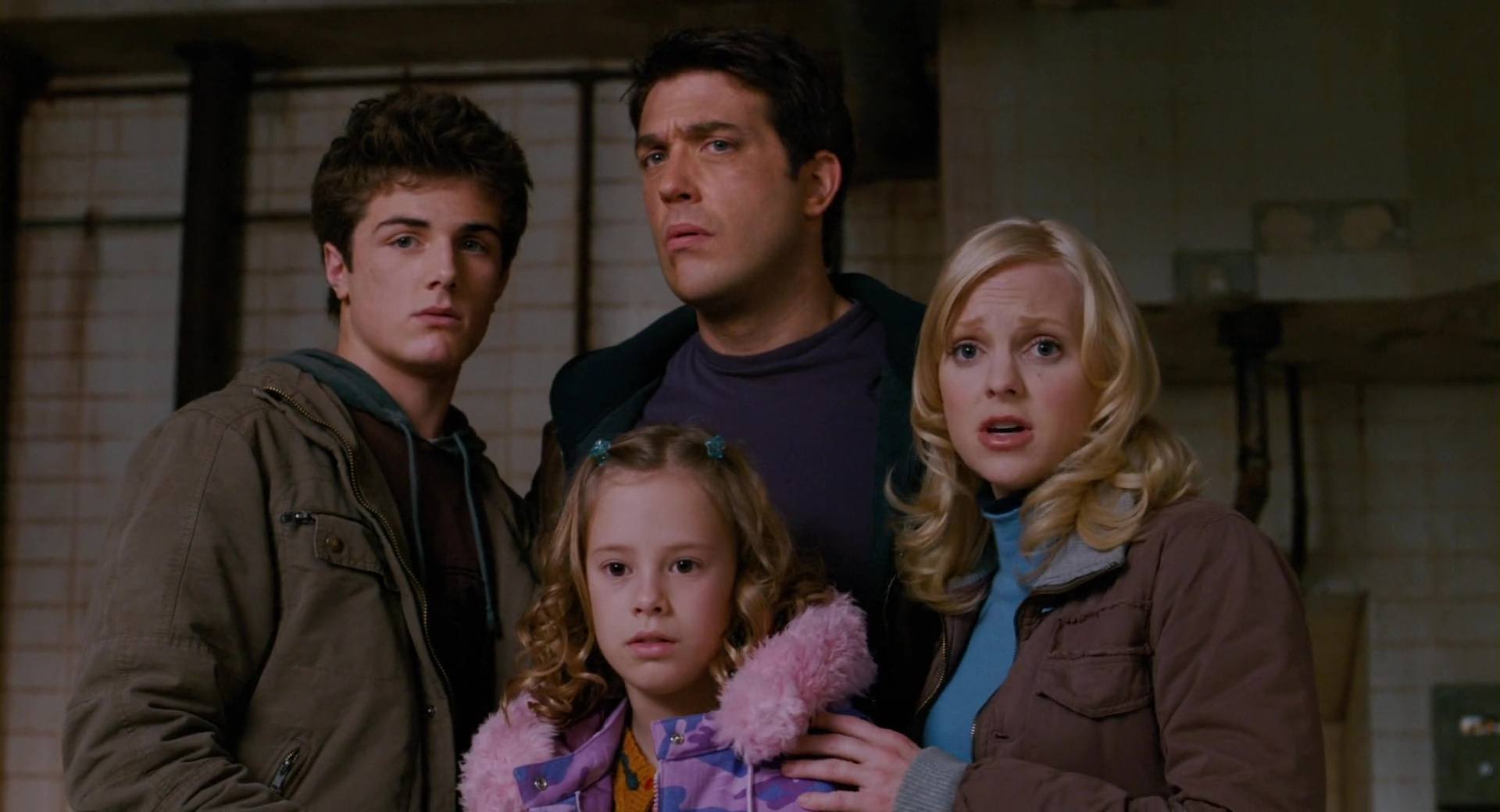 5) Scary Movie 4 was originally supposed to spoof superhero movies. Later, the studio released Superhero Movie (2008) as a spin-off of the Scary Movie franchise. The studio planned another spin-off, under the title Sci-Fi Movie, but dropped it.

6) The unrated cut of this film runs at 89 minutes long which makes it the longest film in the five film franchise.

7) The film was initially intended to be the final chapter of the series. However, after the release, Scary Movie 5 was being planned. Scary Movie 5 (2013) ended up being a reboot of the series, taking it in a very different direction from the first four films with a new story line with no returning characters.

9) André 3000 had a role that spoofed Cillian Murphy’s character in Red Eye (2005). The scene was when Cindy (Anna Faris) and Brenda (Regina Hall) were in an airport to fly to the Village. Andre’s character pulled a taco out of this coat and offered a bite to Cindy, who declines. His line was, “If you don’t eat the taco, your dad will die.” The footage was reportedly shot but never used in the theatrical cut.

10) Leslie Nielsen had a body double for his nude scene.

Just a Canadian girl who loves horror movies and old music. I grew up watching horror with older siblings, and cousins but I really fell in love when I watched Wes Craven's A Nightmare On Elm Street, and I've been in love ever since.
@JazmineHiller29
Previous Top 10 Fun Facts About Stephen Herek’s ‘Critters’ (1986)
Next Shawn C. Phillips’ ‘Scream Bloody Murder’ Starring Scout Taylor-Compton Begins Filming Soon!