That’s right, folks! We’re finally taking a look at Ian Brennan and Ryan Murphy’s smashing series, Dahmer – Monster: The Jeffrey Dahmer Story. Going into this, I wasn’t as excited as I thought it would be, thinking it was just another serial killer documentary, one that results in people idolizing the killer like they’re some kind of hero. Not to mention people who sexualize these killers. So, I want to give credit where credit is due. Is Ian Brennan and Ryan Murphy’s Dahmer series perfect? No, it isn’t, but it’s still pretty good.

Dahmer – Monster: The Jeffrey Dahmer Story follows the story of one of the most notorious serial killers in the United States. The miniseries was created by Ian Brennan and American Horror Story’s Ryan Murphy along with a cast including Evan Peters, Richard Jenkins, Molly Ringwald, and Niecy Nash.

Brennan and Murphy did a great job at casting this mini-series. I’ve broken down a few of the casting decisions that stood out to me the most.

This is certainly not a shocking role for Evan Peters to take on as we have seen him player other murders and psychos on American Horror Story. Nonetheless, Peters does a fantastic job a portraying Dahmer. Jeffery Dahmer killed people without feeling a hint of guilt, and Evan Peters conjures such raw emotion. It makes for a truly chilling watch. Niecy Nash plays Glenda Cleveland, Jeffery Dahmer’s real life neighbor in Dahmer – Monster: The Jeffrey Dahmer Story. She gives such a heartbreaking performance. You truly feel awful because she tried so many times to get the police to listen to her and investigate Dahmer. She called and complained about an awful smell coming from Jeff’s apartment, and Dahmer would just lie and say it was meat that had gone bad or that he had a tank full of dead tropical fish. When Nash shows anger, you can feel it through the screen. You feel her desperation. It feels like you’re right there watching the events unfold with her. I really enjoyed how the filmmakers tried to do something different with this series in the sense that they told more of the victims stories, which I truly think should be the most important part of a documentary like this. These were real people with names, loved ones, and families. Dahmer – Monster: The Jeffrey Dahmer Story sheds light on all the discrimination that took place back then and still does today.

There’s the fact that 14-year-old Konerak Sinthasomphone managed to escape Dahmer’s apartment while drugged. He ran into Miss Cleveland, who called the cops but was once again ignored. Dahmer told the police that Sinthasomphone was his alcoholic 19-year-old boyfriend who just needed help getting back to the apartment. Even after Glenda Cleveland begged police to check the boy’s ID to make sure he was of legal age, they let Dahmer take him back to his apartment. They would later joke that they needed to be deloused because they had just been to a gay man’s apartment. In the end, police failed. They ignored every call and strange event that occurred simply because these people were gay and/or of color.

I personally think they need to stop making movies and shows about the serial killers. I understand it’s important to learn from our past but continuing to make films and TV shows about them is just glorifying them. I suppose one good thing may come from this… perhaps. Miss Cleveland is behind a memorial park being built on the place where Dahmer’s apartment once stood, in memory of the men and boys who lost their lives to Dahmer. The fact that there is still no memorial built yet although there have been countless documentaries about Dahmer is a problem. So please, if you do decide to watch Dahmer, remember: do not glorify him, and make sure to respect the people who lost their lives. 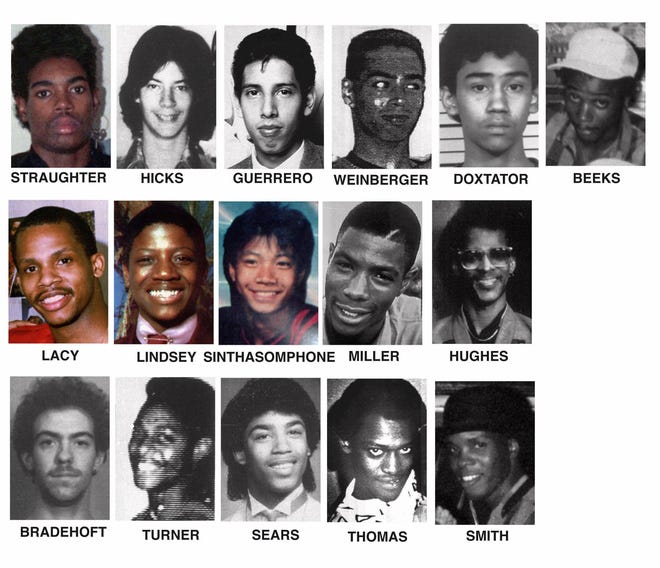 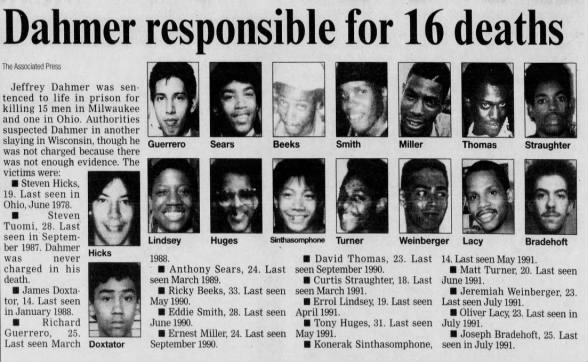 Just a Canadian girl who loves horror movies and old music. I grew up watching horror with older siblings, and cousins but I really fell in love when I watched Wes Craven's A Nightmare On Elm Street, and I've been in love ever since.
@JazmineHiller29
Previous Coming Soon to Digital, DVD, and Blu-ray: ‘Death Knot’
Next Trailer: ‘SCARE PACKAGE II: RAD CHAD’S REVENGE’ (2022) Hits Shudder Soon