We Have the Teaser Trailer For ‘The Ferryman’!

Tracy Allen June 30, 2017 Trailers Comments Off on We Have the Teaser Trailer For ‘The Ferryman’!

They’re Here Productions and UK writer/director Elliot Maguire are in the process of creating a brand new supernatural horror called The Ferryman. Check out the teaser trailer below!

After a failed suicide attempt, troubled and lonely teen MARA finds herself stalked by a malevolent entity.

The whole thing brings to mind Greek mythology and the story of Charon the boatman on the River Styx to Hades. As a fan of Greek mythology, this idea gets my black heart pumping.

Production for The Ferryman ran through March and April of this year and was filmed in and around Manchester. Much like the Sundance hit Tangerine, The Ferryman was filmed completely on an iPhone 7, creating an intimacy rarely seen in the horror genre and pushing this innovative technology to its limits. The cast includes Nicola Holt (It’s A Riot 2014) as Mara, Garth Maunders (A Father’s Day 2016) as Roland, newcomer Shobi Rae McLean as Julia, Azz Mohammed (Unorthodox: The Tale of a Fighter 2017) as The Detective, Pam Ashton as The Nurse, Frank Mathews (Screwed Over 2016) as The Therapist and Philip Scott-Shurety (Lead Me To The Dark 2017) as The Ferryman himself. Not only has Maguire (the upcoming Hunting Ground) written and directed The Ferryman, but he’s also producing, editing and shooting the film himself. That’s pretty impressive! The special effects makeup was created by Pip Howard (Kill Pill 2016). “As much a psychological drama as a horror film, The Ferryman explores important themes such as depression and alienation in the modern world, while also delivering a truly terrifying cinematic experience. In the writing process I took inspiration from classics such as Let The Right One In and Candyman, to create that deep sense of evil, while creating characters that the audience actually care about.” What do you think of that teaser trailer? Stay tuned to PopHorror for news on this upcoming supernatural thrill ride.

As the co-owner and Editor-in-Chief of PopHorror.com, Tracy has learned a lot about independent horror films and the people who love them. Now an approved critic for Rotten Tomatoes, she hopes the masses will follow her reviews back to PopHorror and learn more about the creativity and uniqueness of indie horror movies.
@Icing_Yousing
Previous Wild Eye Releasing’s ‘The Blessed Ones’ Premiere Date and Trailer!
Next ‘Paint the Town Red’ (2017) Horror Short Review 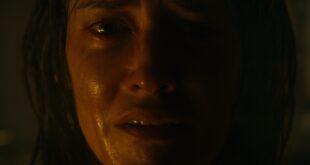 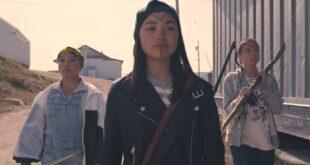 Official Trailer and Poster for SLASH/BACK

Teaser Trailer and Poster for ‘FEED ME’

XYZ Films announces it has acquired North American rights to FEED ME, directed by Adam …