The bond of trust between parent and child is a sacred one. When that bond is violated, it can unleash a monster inside the most innocent looking among us. The unsettling HBO documentary Mommy Dead and Dearest delves deeply into a horror that could be anywhere, even in the people living next door to you. Mommy Dead and Dearest is the story of a seemingly doting and devoted mother, Dee Dee Blancharde, and her sweet looking daughter, Gypsy Rose.

From birth, Gypsy Rose was a sicky child, needing: tube feeding, a breathing machine, countless medications, head shaved regularly due to cancer treatment, and eventually a wheelchair to get around. There was just one problem. All of these treatments were unnecessary. Dee Dee suffered from Munchausen Syndrome by Proxy, a rare disorder where the caregiver fakes – or even causes – sickness in her charge in order to get attention. She had been deliberately faking Gypsy Rose’s symptoms for her entire life. The motive was not only the sympathy and attention she craved, but also the monetary gain in the form of trips, donations of money, and even a free home after Dee Dee claimed she and her daughter were Hurricane Katrina survivors. Mommy Dead and Dearest shows the pair of them during many of their trips, with Gypsy Rose grinning a gap toothed and juvenile smile that makes her appear years younger than she is.

In order to keep her daughter quiet about the truth of what was going at home, Dee Dee threatened Gypsy Rose with physical violence. Gypsy Rose stayed silent, smiling her infantile smile and enduring years of pain from unneeded medical procedures and mental abuse from her mother’s unending need for control. But the older Gypsy Rose got, the more rebellious she became. She was able to walk, despite being forced to use a wheelchair while out in public, and the older she became, the more she started to rebel. She even managed to run away once with an older man she met at a Comicon. Her mother tracked her down a few days later, smashed her computer as punishment, then threatened to smash her fingers if she made another attempt to leave. But the rebellion wouldn’t end there. As Gypsy Rose reached puberty, she found a boyfriend online that she could confide her inner secrets to. She met Nicholas Godejohn on a Christian dating website. He was a sullen, withdrawn boy who had a long history of mental illness and sexual deviancy. He convinced Gypsy Rose to engage in an online BDSM relationship. He claimed to have different personalities and wanted her to dress in a different sexual way for each of them. What this relationship really provided for Gypsy Rose was the ability to voice to another person for the first time the abuse occurring at home. She developed free will – one that would morph into a beast she could not control. These interviews with Gypsy Rose during the documentary are particularly unsettling as she talks about adult matters with such a naïve and sad innocence.  This is a girl who was both sheltered and uneducated. She attempted to have a relationship with a man without knowing the very adult territory she was getting into.

The idea of killing her mother started innocently enough in her mind. It was a fantasy plan, like one of the fairy tales she had spent her entire life surrounded by at Disney Land and Disney World. Her mother had insisted on keeping her infantized for so long that Gypsy Rose’s perception of love was an unrealistic, idealized one. And then one day Dee Dee pushed her too far. The abusive relationship between mother and daughter reached a breaking point and fantasy was pushed over into reality. The unstable couple decided to kill Dee Dee. Nicholas and Gypsy Rose fled the state after the murder and for many days, Gypsy Rose was considered missing and a possible kidnap victim. It was only when she posted a disturbing Facebook message indicating that her mother was dead that she was considered a suspect. The two were arrested in Godejohn’s home a few days later. 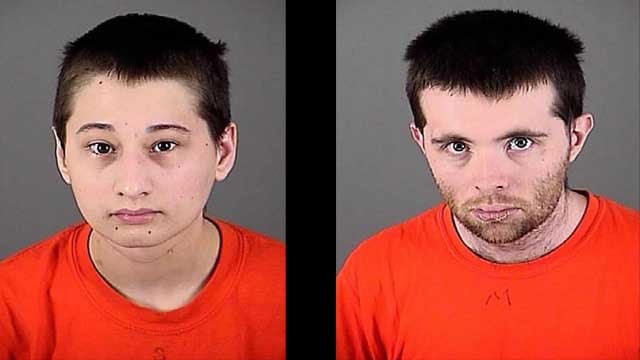 For all the remorse she expresses at the death of her mother, Gypsy Rose professes softly and sincerely that she is not sorry to be free of her. In prison, she is finally able to experience a sense of self-worth and independence she has never known before. Mommy Dead and Dearest is a must-see documentary reminds viewers that, despite all the cults, murders, and madness in the world, the greatest (and most tragic) horror can be often be found inside the human heart. Gypsy Rose was unable to voice her desperate circumstances until she finally found freedom – by paying the highest possible price.

When not writing, Christine Burnham is watching TV, Horror films, reading, cooking, and spending time with her menagerie of animals.
Previous Who Is Returning for ‘The Exorcist’ Season Two?
Next Book Review – NOTHING UNTOWARD by Clay McLeod Chapman