8 Reasons Why Not To See ‘The Bye Bye Man’

Tracy Allen January 15, 2017 Reviews Comments Off on 8 Reasons Why Not To See ‘The Bye Bye Man’

This weekend, the first horror movie of the year was released in theaters in the form of The Bye Bye Man on January 13th. Genre fans were thrilled! Maybe The Bye Bye Man would ring in the new year with something fantastic, fresh and frightening, proving that this year was already a better year than the last. Along with about 150 of my closest friends, we all crammed ourselves into sticky theater seats last night, anticipating some heavy duty horror. Or, at least, something on par with The Conjuring. Alas, we would all walk out into the snowy January night disappointed and even a bit ticked off. What went wrong?

The official synopsis: Three friends stumble upon the horrific origins of the Bye Bye Man, a mysterious figure they discover is the root cause of the evil behind man’s most unspeakable acts. The film was directed by Stacy Title (Let the Devil Wear Black 1999) under a script written by her husband Jonathan Penner (Coneheads 1993), was based on the book The Bridge to Body Island by Robert Damon Schneck.

Honestly, the shorter list would be what went right. The Bye Bye Man let me down on so many levels. I wasn’t expecting too much from it and yet I still left disheartened. In no particular oder, here’s why: 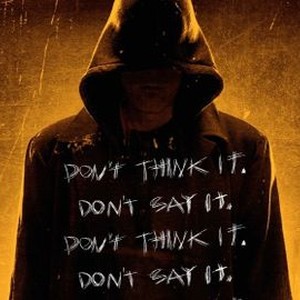 Okay, so the premise isn’t that bad. The movie is supposed to explain why people snap and go on killing sprees – The Bye Bye Man made them do it. The only way to stop the pale bastard is to kill everyone who’s ever heard his name. Maybe a period piece from the ’60s – or even the ’80s – could have sold me on this concept, but with the way people post of Facebook, Twitter, Snapchat and Instagram, there’s no way this thing would stay secret. The thing would spread faster than the T-Virus. 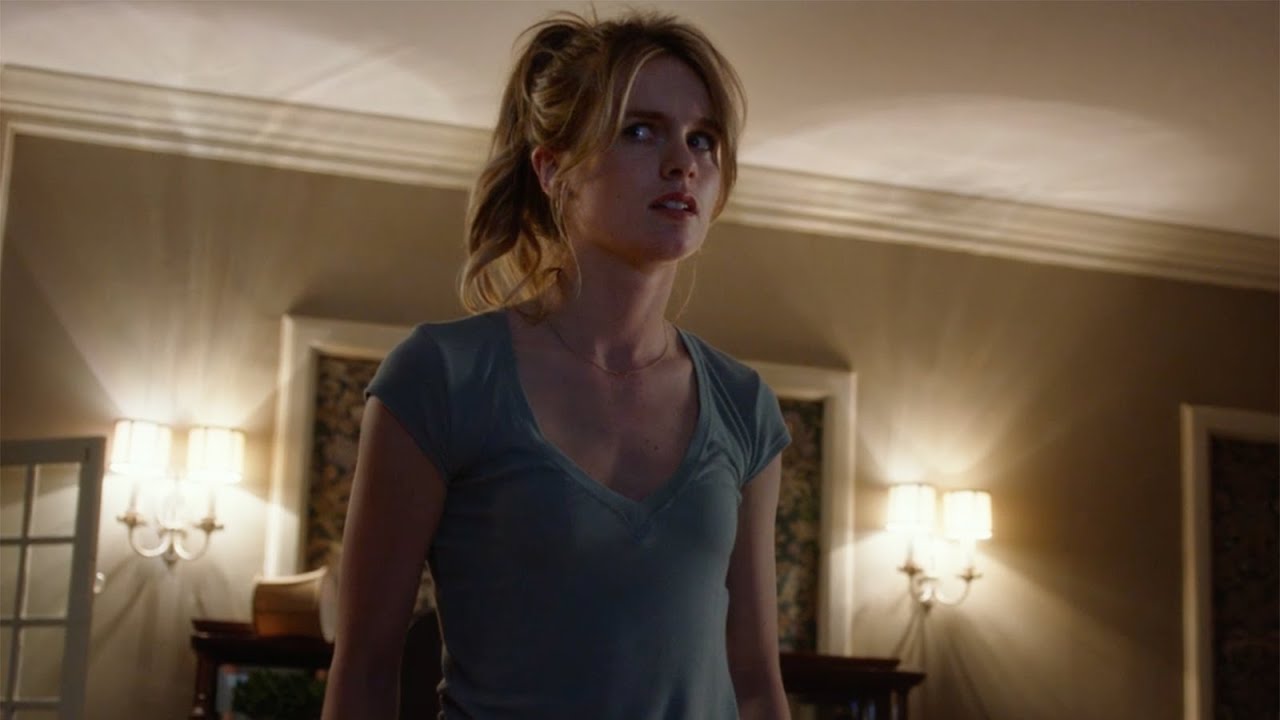 At least one of the three main college student from The Bye Bye Man, played by Douglas Smith (Ouija 2014), Lucien Laviscount (Honeytrap 2014), Cressida Bonas (Doctor Thorne TV series), was on screen 99% of the time. One would hope to be staring at relatable, believable characters, but no, not in this film. While I was actually pretty impressed with Douglas Smith’s acting abilities (he’ll be playing teens well into his forties – lucky him), Cressida Bonas was terrible… Kristy Swanson from My Deadly Friend terrible. Her speech was choppy and ineffectual, her acting wooden and her expressions twitchy. I’m not sure if Lucian Laviscourt’s character was supposed to be just eye candy, but that’s certainly how he came off. Carrie-Ann Moss’ Detective Shaw was unsurprisingly lackluster. On the plus side, Faye Dunaway as the Widow Redmon was outstanding – unfortunately, her part was small and ended far too quickly. 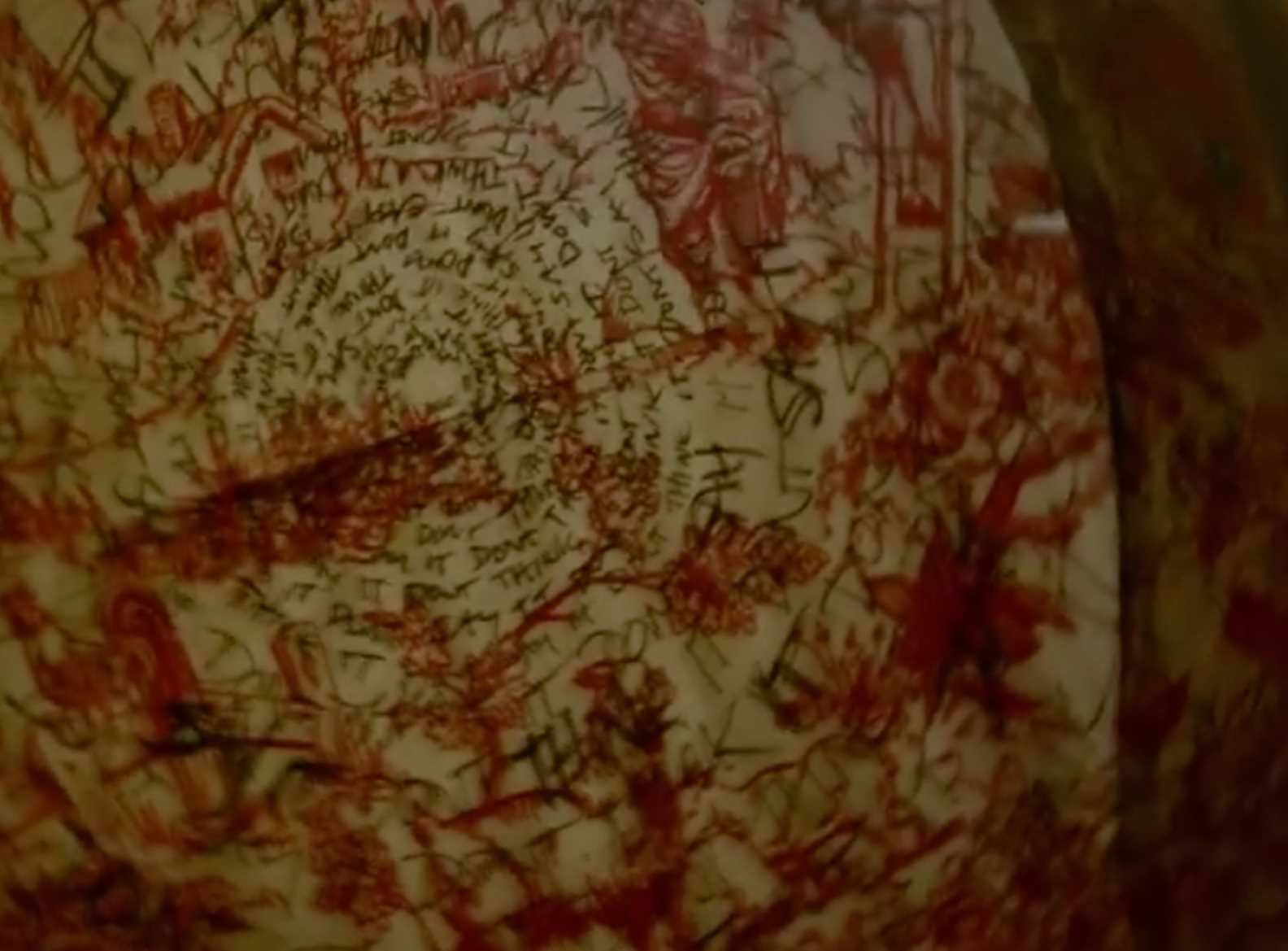 So the movie is about this demon that terrorizes you until you go crazy and kill yourself. The only way he can attack is if someone says or thinks his name. “Don’t say it, don’t think it” and all that. On the surface, this sounds slightly scary, since pre-teens lying in bed at night could possibly be too petrified to sleep in case they should dream about the Bye Bye Man and attract his attention. Once you really start thinking about it however, you begin to realize just how ridiculous it all really is.

If the only people who know about The Bye Bye Man are dead, then how is his story passed around? If someone writes something down about him, but everyone they’ve ever told about their writing subject is dead (since they obviously thought about him), who’s going to read it? The filmmakers got around this by having one of the initial victims, a reporter, write an article about the Bye Bye Man before blowing his entire neighborhood away one afternoon to save them from the curse. The article ends up in the library. So who read the article to decide to put it in the library? Why didn’t anything happen to them? It all just makes no sense.

The Bye Bye Man is followed around by this dog or hound or something. I guess that’s what it’s supposed to be. All I know is it was possibly the worst case of CGI effects I’ve seen since Van Helsing. The dog-thing is either covered in dark fur or is skinless, walks on four legs, has no tail, a human-like face and a giant, unhinging jaw. That description actually sounds a bit freaky. It’s not. It was a tertiary character whose only job was to hang around and look ridiculous.

5. The Lack of Anything New to Bring to the Table

If you’ve seen Sinister, Candyman or Oculus, you’ve seen The Bye Bye Man. It’s like the filmmakers sat around a table, made a list of the top ten scary movies about demons, picked out something from each one of them and incorporated it all into a rather mundane script. There was not one original thought involved in making this entire movie. So what’s the point?

6. The Bye Bye Man Himself 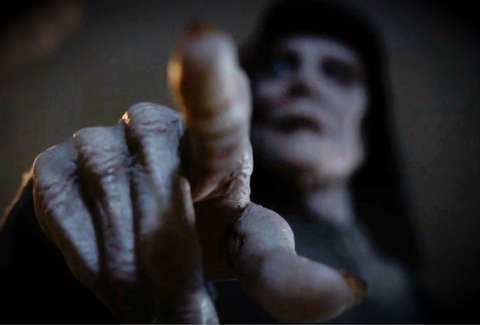 For a monster, he’s just not very scary. He looks like an 80 year old albino in a black hoodie. Along with him comes two gold coins and a train. Why? Who knows. He doesn’t actually do much but pop in and out of your peripheral vision, although he does bring about some pretty insane hallucinations. One conversation with Dick Hallorann and everyone involved would be all set.

Whose idea was it to name this movie The Bye Bye Man? It sounds like the person who waves to your toddler when he’s leaving daycare. It’s not scary – it’s ridiculous. Plus, the flower shop owner/landlord’s name was Mr. Daizy. Mr. freaking Daizy!

8. Even Before It Was Released, People Were Already Making Fun of The Bye Bye Man

There you go – eight reasons why you should just skip The Bye Bye Man. It might be worth a $1 rent from Redbox or streaming on Netflix, but don’t pay good money to go see it in the theaters like I did. Make my sacrifice mean something.

As the co-owner and Editor-in-Chief of PopHorror.com, Tracy has learned a lot about independent horror films and the people who love them. Now an approved critic for Rotten Tomatoes, she hopes the masses will follow her reviews back to PopHorror and learn more about the creativity and uniqueness of indie horror movies.
@Icing_Yousing
Previous Easter Sunday (2014) Movie Review
Next News: Upcoming Horror Short Film – The Presence (2017)