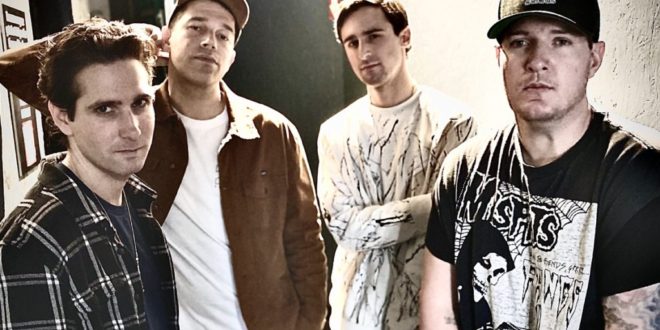 SECRET SOCIAL CLUB formed in 2018 and plays out of the greater Los Angeles area. The group contacted us recently to let us know their debut music video, “Gravity,” is now available. Cool! Even cooler, the band has produced a science fiction comic book with the same name to support the release.

Listen to “Gravity” below, then read on for all the details!

LA Based, Alternative Rock band SECRET SOCIAL CLUB has released the official music video for their debut single, “Gravity.” Directed by Bobby Witewolf and filmed at Foxhole Hollywood, “Gravity” features a progression of imagery from live action to lustrous comic book animation, becoming a sci-fi fantasy as the main character is thrust into a futuristic space odyssey, which is further depicted in their associated comic book.

SECRET SOCIAL CLUB is signed to Herø Records, with the Comic being written & produced by their sister company, Herø Projects. The story was written by Matthew Medney and Morgan Rosenblum and illustrated by Leo Colapietro with the production done by Voodoo Bownz.

You can stream and/or purchase the single on Amazon and Spotify.

Fun stuff! The comic isn’t available yet, but will be soon via this website. Looks like a cool art style! With their new single finally released, the band is looking forward to a busy year full of lots of shows and new music.

What do you think? Did you enjoy “Gravity?” Will you snag a copy of the comic when it comes out? Tell us in the comments!