lfmccabe November 9, 2017 Editorials Comments Off on Remembering Bram Stoker On His 170th Birthday

For more than a hundred years, the name Count Dracula has struck ice-ridden chills into the hearts of literary readers. Bram Stoker, the author of Dracula, is just as well known as his infamous character. The author also has the prestige of having his own award, called The Horror Writer’s Association of American Stoker Award, in honor of his achievements. Today, we at Pophorror celebrate the 170th birthday of the legendary Bram Stoker. Born on November the 8, 1847 at 15 Marino Crescent in Dublin, Ireland, Stoker was no stranger to Gothic architecture. Having grown up in Ireland, his Gothic universes were inhaled and exhaled with every breath, and this influence is clearly felt throughout all of his work. But what about some of his lesser known novels and stories. His work seems to be shadowed in contrast to his commercial literary achievements.

In Lair of the White Worm, which was first published by Rider and Son in 1911, Stoker uses the same genre that lifted him up, albeit minus the diary structure. This time, the main protagonist is Arabella March, the queen of a long-forgotten vampire snake-cult, a folklore that seems to be more accurate in terms of the mythology of the vampire, especially when looking at the lore of the Hebrew Lilith. The male lead is coincidentally named Adam Salton. This story is an incredibly interesting read and due to Arabella, there are strange activities throughout the narrative. The story itself has been called one of the worst horror novels ever written… possibly due to Stoker being ill whilst writing it. The book was actually written one year before his death in 1912. The White Worm does draw on some interesting themes on the forgotten snake-cults and immortality. Ken Russell’s eponymous 1988 film is loosely based on the story. This film makes for an interesting watch and should definitely be on any movie goers to-do list. Incredibly racist for its time, here is a sample text of how backward the thinking really was, raising a strong argument that Stoker’s work was very much of its day.

“Let me give you a word of advice: If you have the slightest fault to find with that infernal nigger, shoot him at sight. A swelled-headed nigger, with a bee in his bonnet, is one of the worst difficulties in the world to deal with. So better make a clean job of it, and wipe him out at once!”

“But what about the law, Mr. Casswell?”

“Oh the law doesn’t concern itself much about dead niggers. A few more or less do not matter. To my mind it’s rather a relief.”

“I don’t love niggers any more than you do and I suppose one mustn’t be too particular where that sort of cleaning up is concerned.” In The Jewel of the Seven Stars, Stoker made way for the first mummy novel, which inspired everything from the Universal monster classics all the way to the latest badly done Tom Cruise effort… which fans of horror should find of interest. The book relies heavily on dialogue, which Stoker seems to be comfortable with, but in retrospect, never quite achieves the reader connection the way Charles Dickens did in his works. But this could possibly be due to the times, as it was with H.P. Lovecraft, where the dialogue was never on the beat, but his descriptions were divine.

If you’re looking for some mummy loving in literature, The Jewel of the Seven Stars makes for an interesting read, even if at times the prose lacks depth. Seven is a predominant number in all belief systems, and Stoker seems to have some knowledge on the seven Ba’s of Ra in Egyptian Mythology. Stoker had to change the ending for the republished version in 1912, eliminating an entire chapter, as publishers felt it was to gruesome for the time. 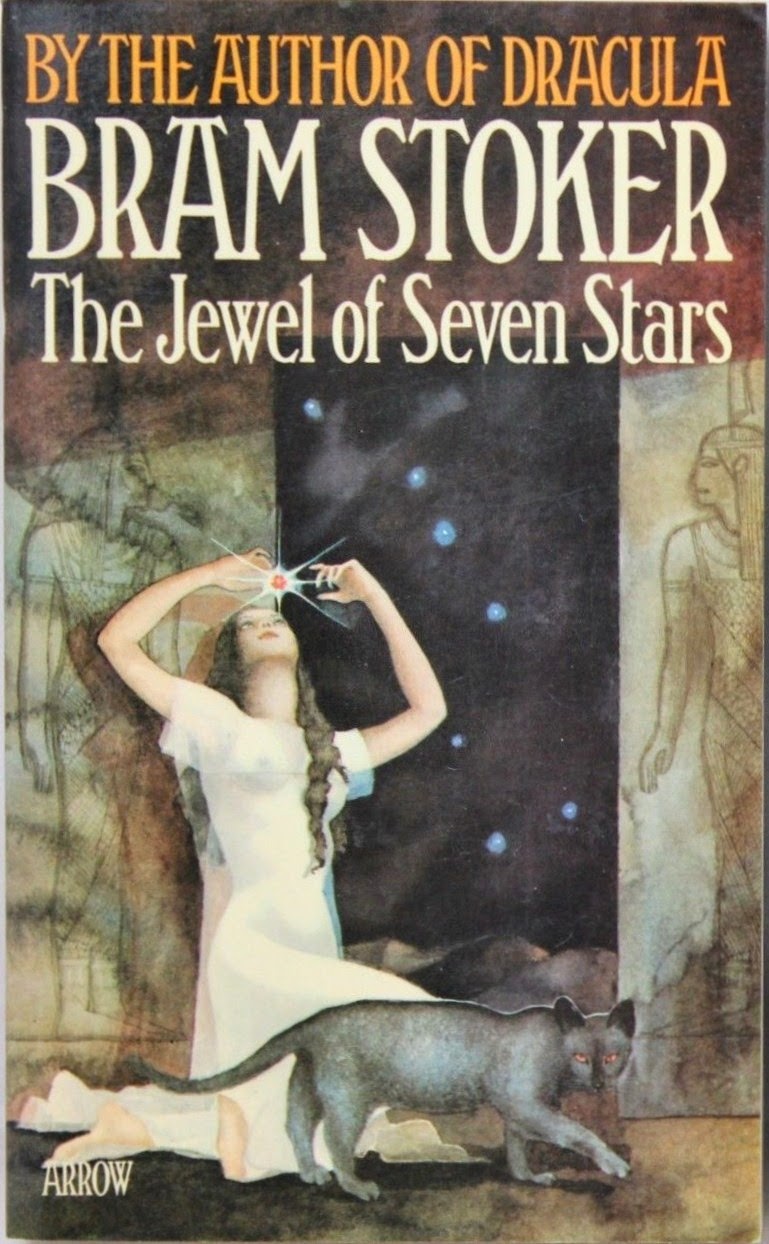 Yet again, Stoker is punished for not writing another Dracula, which seems to be the case with nearly every writer or filmmaker who breaks out with something too big, allowing them to fall into the one hit wonder camp. I think Stoker suffered from this dearly, but he more than made up for it with the wonderful 1914 anthology Dracula’s Guest & Other Supernatural Tales. The book was published after Stocker’s death by his widow, Florence Stoker, along with an unpublished tale named Dracula’s Guest, which was discovered in manuscript form.

Happy birthday, Mr. Stoker. It was a pleasure to look back at some of your other works in honor of your birthday.

Horror lovers, we will leave you with this quote.

“Walpurgis Night, when, according to the belief of millions of people, the devil was abroad – when the graves were opened and the dead came forth and walked. When all evil things of earth and air and water held revel. This very place the driver had specially shunned. This was the depopulated village of centuries ago. This was where the suicide lay; and this was the place where I was, alone – unmanned, shivering with cold in a shroud of snow with a wild storm gathering again upon me! It took all my philosophy, all the religion I had been taught, all my courage, not to collapse in a paroxysm of fright.”

Lee Francis McCabe is a British born aspiring Author/screenwriter who began writing at a young age. He commenced professionally at the age of 21 in the form of screenplay writing, resulting in three films produced in the UK, and two films produced in Cape Town / South Africa. His favourite authors include Ramsey Campbell, Bret Easton Ellis, William S. Burroughs, Donald Westlake aka Richard Stark and Richard Matheson. When he’s not talking film or literature, he’s busy writing fiction and chasing surrealism whilst trying his hardest not to sound like an enlightened asshole. He holds a degree in Media and Journalism, as well as Screenplay writing and Filmmaking. Lee resides in Cape Town/South Africa and is working toward becoming an established author.
Previous Danielle Harris Shares Her True Feelings On The New ‘Halloween’
Next Interview With Actor John Molinaro from ‘Party Bus To Hell’