Don’t go into his woods and Never Hike Alone. Womp Stomp Films brings back fan favorite Jason in their horror short that is set in the world of Friday the 13th. The story centers on hiker Kyle McLeod (Drew Leighty) who discovers the long lost remains of Camp Crystal Lake. Dismissing the urban legend of the Friday the 13th murders, Kyle begins to explore the camp. But someone still lurks among the trees and he doesn’t like when you enters his woods. As Kyle continues to search the camp, he is attacked by none other than Jason Voorhees (Brian Forrest) himself.

Womp Stomp Films started a Kickstarter project to cover the funds to produce this 22 minute horror fan film. Currently, there is only one day left to contribute to the project. Any funds over the intended goal will be donated to Penny Pines Reforestation Program. The film is purely fan fiction so Womp Stomp can’t benefit from the film’s creation. 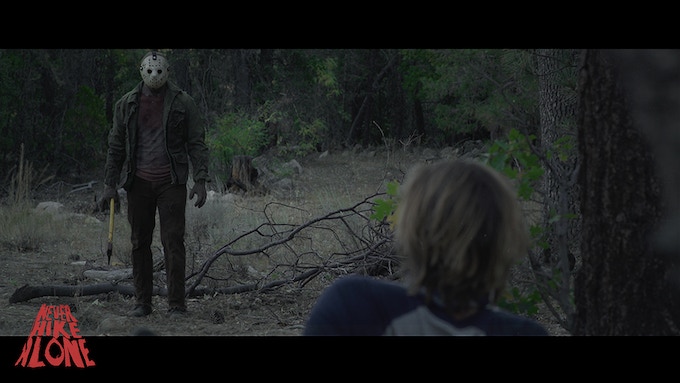 Womp Stomp Films was founded in 2016 by Vincente Disanti, who then partnered with Barry Jay Stitch, Kyle Klein and Daniel Evans. The group was drawn together for their love and passion for the Friday the 13th franchise. They initially intended to complete the project during the summer of 2016, but then a better location became available that actually had an abandoned camp.

Just from seeing the trailer, I know that this is going to be an awesome film and a great addition to the Friday the 13th franchise. In the trailer, the shots are breathtaking and Jason is still the slasher we know and love. It is set in the present day but with the trailer having the news stories, it has an ’80s vibe to it. Never Hike Alone is more than just Kyle having to fight off Jason. It is a story of survival; Kyle has to brave the wild while he is being hunted by one of the greatest mass murderers of all time. Will he survive or will he be just another one of Jason’s victims?

There’s only one day left to gather the funds to create this awesome project. You can donate HERE! 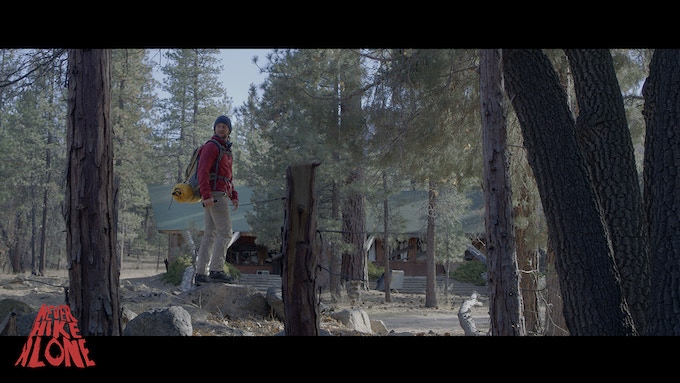 Dani loves horror movies ever since she saw Halloween 4: The Return of Michael Myers with Danielle Harris. She loves vampires, her favorite movie is Interview with a Vampire. She reads constantly and mostly books about the supernatural and is also a paranormal investigator.
Previous Circle (2015) Movie Review: A Game of Social Prejudices
Next Top Ten Cringe-Inducing Scenes In Horror