The Fantasia International Film Festival is very proud to announce the award winners of the juried sections of its 22nd edition, which celebrates its Closing Night on August 2, 2018.

The awards in each of Fantasia’s categories were chosen by carefully selected juries of filmmakers, scholars, journalists, and industry professionals.

Referring to the festival’s Best Film Winner, the Cheval Noir jury stated, “The apocalypse hasn’t been this emotionally compelling in decades. With its striking, iconic visuals of a Paris buried in a toxic mist, Daniel Roby’s Dans la brume is a lean, terrifying portrait of an extinction-level event from the point of view of a family determined to survive.”

The Cheval Noir jury also awarded a special prize to Dennison Ramalho’s The Nightshifter, noting, “Marriage is hell in this daring combination of sub-genres and tones, creating a grisly original ghost story, fueled by revenge, infused with pitch-black comedy, and littered with assorted body parts.”

“Nosipho Dumisa demonstrates sensitivity and elegance with her debut feature, a Hitchcockian noir transplanted to the gritty slums of Capetown. Displaying an assured level of finesse and precision, the direction allows all elements of the film to breathe, and to shine – even at gunpoint.”

“Isa Mazzei crafts a doppelga?nger nightmare around the growing concern of digital identity, presenting a skewed (or is it?) view of the complex, dangerous, and largely unexplored world of webcam girls.”

“Joshua Burge pulls off a fearless tour de force: a tragicomic, deeply emotional, and intensely physical performance – without ever leaving his couch.”

“Newcomer Kim Da-mi delivers an immaculate, layered performance, displaying intricacy and range in realms both physical and emotional. This portrayal marks the introduction of a kick-ass new heroine.” 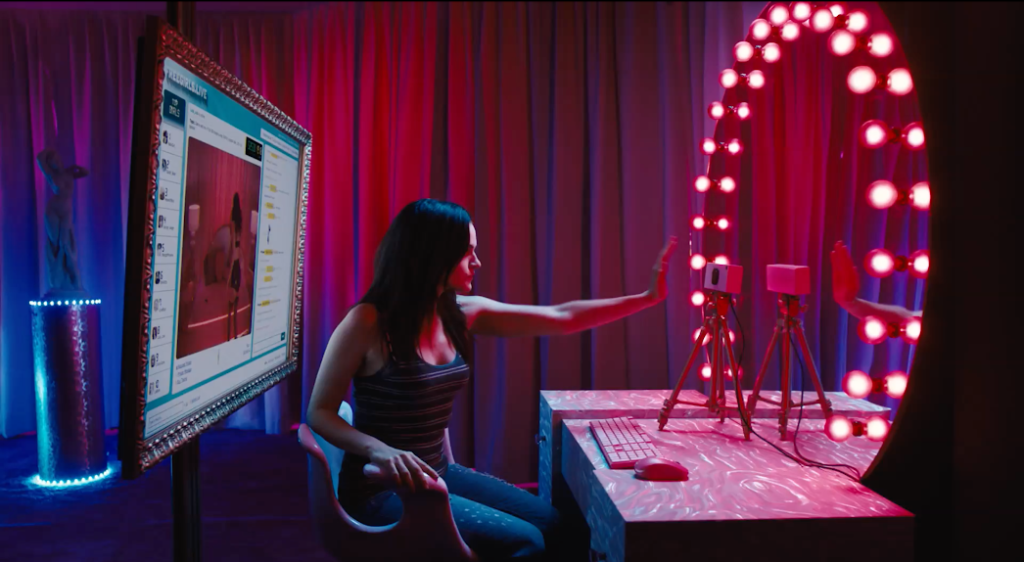 The New Flesh Jury calls Cam, “an ambitious, empowered project devoid of moral policing with respect to sex work, smartly told through visually vibrant storytelling. Cam captures the complexities and contradictions of curated identities on- and offline. This talented team embodies a collaborative spirit of next generation of genre filmmakers.”

SPECIAL MENTION: ONE CUT OF THE DEAD

The jury also adds that Shinichirou Ueda’s One Cut of the Dead is, “a conceptually playful and brave film, willing to risk losing the audience knowing they will win them back in the end. And they do.”

Says the jury, “Microhabitat uses skilled criticism of consumer society, and offers a powerful portrait of a woman that is subtly both comedy and drama, all backed by elegant and controlled staging.”

Says the Axis jury, “For creating a beautifully written and designed story of love and friendship: a magical sci-fi love story for all ages that touched our hearts and minds, we present The Satoshi Kon Award to Penguin Highway.”

The jury adds, “This brilliantly crafted film defies description by being both funny and frightening, cute and horrific. It thrilled and mystified the jury and we would like to acknowledge for daring to be a genre blending political allegory. The special mention goes to Da Hu Fa.”

“This beautiful and playfully animated film is a nine minute master class in gender equality. It takes us on a sensual journey, brings us to a fantastic climax and shows us that images are more powerful than words. The Satoshi Kon Award for best animated short goes to Simbiosis Carnal.”

“With design inspired by African American folk art this is a beautiful story of soul searching where the protagonist learns to sacrifice his self interest for the greater good. The jury would like to give a special mention to Make it Soul.”

The Short Film Jury called Aurore, “an attention-grabbing, slick, surreal slide into the world of teenage sexual exploration and the beauty of the unfamiliar, accepting the otherworldly and finding beauty in what we don’t understand. Fantasia’s International Short Film Jury awards Aurore the title of Best Short Feature.”

“Fantasia’s jury for the International Short film competition awards Milk the title of Best Director due to Menghini’s masterful ability to capture universal moments of growth and maturity through a tense, haunting, and wholly purposeful coming of age vision of the childlike realization of a caretaker’s malicious intent.”

The jury calls Exit Strategy, “a well structured, tightly controlled script about human beings lack of control. Exit Strategy is a surprisingly touching look at the different languages of love and learning. This films offers concise character development and a thoughtful switch on a familiar narrative, showing us how to accept our fate.

“The jury was utterly impressed by Fe?lix Grenier’s performance, this young up-and-comer’s raw and innate talent is displayed in such a confident and vulnerable manner that this exhilarating breakout star can only get better from here on out.”

The jury notes, “We were blown away by Manda Toure?’s ability to deliver undeliverable dialogue and express internal monologue that is so unabashedly hyper psycho-sexual and casually cavalier, it translates as insanely appealing.”

“The jury was impressed by this audacious deep dive into an individualistic and decadent world, in which a filmmaker could achieve such a bold and spiritually fueled universe where vibrant art direction reigns supreme and nothing is off limits.”

THE BARRY CONVEX AWARD FOR BEST CANADIAN FEATURE
Administered by Spectacular Optical with support from the Paul A. Ray Memorial Fund 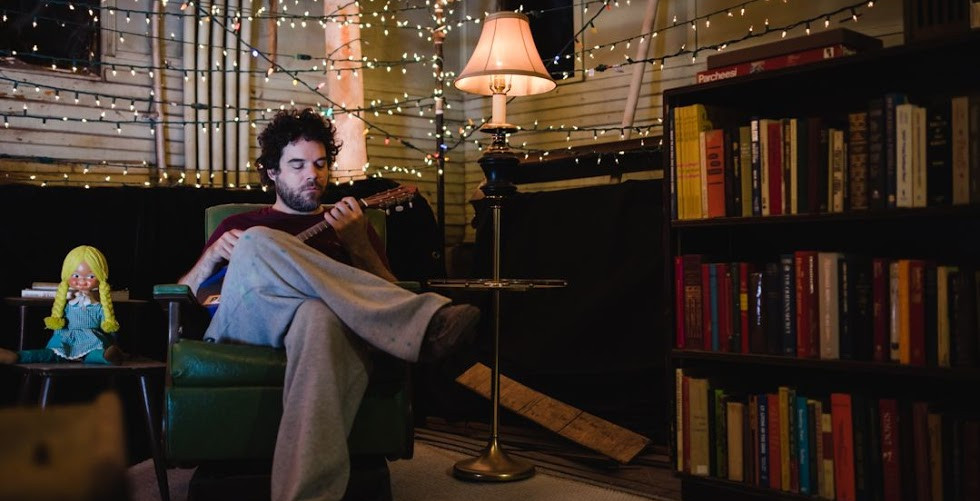 The jury for the 2018 Barry Convex Award for Best Canadian Feature or Co-Production awarded David Paradis’ Le Nid their top honor, for, “Its unconventional and disturbing narrative, its poignant revelations and a strong lead performance from actor Pierre-Luc Brillant that skillfully glides between deadpan humor, terror and pathos.”

The Fantasia VR Jury, composed of author Patrick Senécal, director Patrick Boivin, and scriptwriter Gerald Lewis, has awarded the 2018 Fantasia VR Grand Prize to the film Dinner Party, directed by Angel Manuel Soto.
A special mention from the jury goes to Alexander Aja’s Campfire Creepers series – already at two episodes and showing great potential – which pays homage to the genre-film culture of the ’80s and ’90s, smartly transposed into a virtual reality experience.
**** Ecran Fantastique, Séquences, and Fantasia’s 2018 Audience Awards will be announced at the close of the festival.
Share

Tori has had a passion for Horror and music ever since she was a little girl. She got bit by the writing bug in high school where she was involved in both the school newspaper and the yearbook. While getting her Bachelors degree, she took Journalism and Creative Writing classes where her passion grew even stronger. Now, in between work and family, she spends all of her spare time indulging in music, Horror movies, and nerdy fandoms, all while running/assisting one of the biggest Horror groups on Facebook and writing for various websites.
Previous IFC Midnight Drops Intense Red Band Trailer for ‘What Keeps You Alive’
Next Uncanny Parallels Between ‘Friday the 13th: New Blood’ and ‘Jason Takes Manhattan’