Have you ever woken up on the wrong side of the bed? Then you spend the day with an aggressive, pissed off voice inside your head that screams at you to lash out at everyone and everything. Sound familiar? Some people think this voice is your conscience. Others think it’s your soul. Many even believe that the voice is a sign of mental illness. But what if there’s a third option? And what happens if you ignore it?

Fatal Picture’s 2012 short, Familiar, takes that cantankerous voice to the extreme. When John Dodd (Robert Nolan: Mourning Has Broken 2013) starts to feel like his life is falling apart, he begins to inwardly resent everyone and everything, especially his wife, Charlotte (Astrida Auza: The Haunt 2016), and daughter, Jordan (Cat Hostick: Ejecta 2014). He longs for the night to come so that everyone is sleeping and “all that I hate is silent and unconscious.”

On the outside, John seems like a loving husband and father, but on the inside, an enraged voice fills his head with thoughts of cutting his family out of his life in more and more violent ways. As Jordan gets ready for college and John sees a way out, Charlotte gives him the worst possible news: she’s pregnant. Fearing another 18 years of commitment, the voice in John’s head begins to formulate ideas in it’s owner’s cranium on how to continue with their plan to leave. And it’s not taking “no” for an answer.

Familiar is an intense character study that delves into bloody, gut-wrenching body horror in the last few minutes. This is a shocking, repulsive piece, its relatability making it all the more horrifying. Everyone has heard that little voice at their lowest, most frustrated moments. The idea that that voice also comes with evil intelligence, self-serving purpose and even a body of its own is a both hideous and terrifying. Just think – if you can hear it speak as clearly as you hear your own thoughts, it must be pretty damn close.

The short’s title, Familiar, has multiple meanings: the routine of everyday life, the intimacy of family and the idea of supernatural spirit or assistant. During its 23-minute run, the audience gets to experience all three. Like fellow Canadian David Cronenberg, director/writer/producer Richard Powell (of the previously reviewed Heir from 2015) has created a disturbing, destructive body horror film that everyone, at some point in their lives, can relate to. The character of John Dodd is the brother of Geoffrey Dodd (also played by Robert Nolan) from Powell’s Worm (2010), another unsettling short about a High School teacher on the edge of both reality and insanity. Apparently, this kind of thing runs in families. 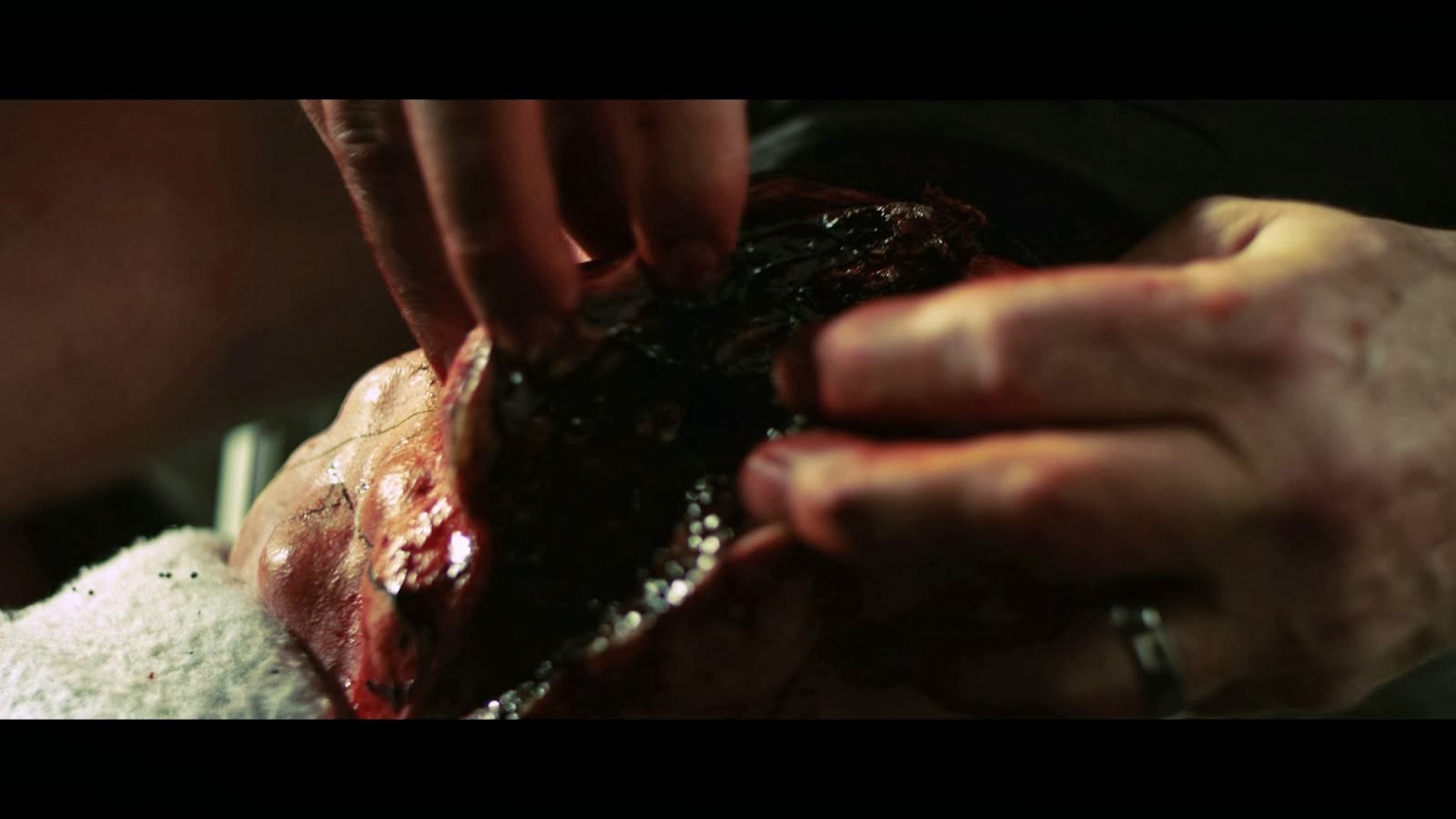 A review of Familiar would be remiss without a mention of the gorge-inducing special effects. I’ve seen a lot of horror in my life and more than my share of guts and gore. I must admit, the award winning practical effects created by Ryan Louagie and Carlos Henriques from the Butchershop (The Last Halloween 2013) had me squirming in my seat. Seriously, that thing was freaking nasty! They did so much in such a very little time frame. There’s no doubt that these guys are talented – keep your eye on them. You’ll be seeing more of them in the future.

Another bright spot in this short is Robert Nolan’s acting. At least 90% of the film was done in voice over as the sickening, blood-thirsty thoughts swirled through John’s head. Nolan did nearly all of his work through expression. His slow, methodical actions as he ate dinner with his family, all the while thinking up ways to rid himself of them, said more than any open dialogue could. Later, as he struggled both internally and externally with what was familiar, his panic, frustration and ultimate rebellion was seen through Nolan’s fine tuned body language. As thoughts were passing through his head, Nolan was spot on with his mannerisms. In less than half an hour, Nolan took Dodd from a family man with a hidden agenda to a raving lunatic, even though he only spoke a few sentences out loud. Although using a voice over narration can be a detriment to a film, Powell’s play-by-play internal thought process was a spot on, making this choice in filming style absolutely perfect. 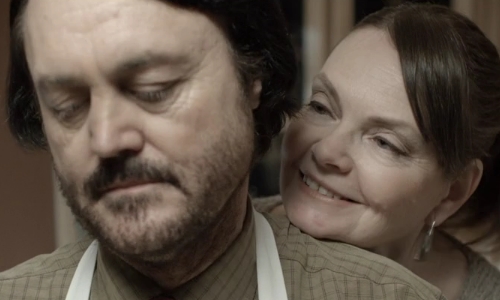 Familiar is a disturbing, frantic, brakeless ride down a one way street of horror and disgust. Once you watch it, you will not soon forget it. Richard Powell is batting 1,000 right now with us at PopHorror. Both Familiar and Heir were gloriously horrible and films that will make even the most jaded genre lovers shiver with both glee and revulsion. Casting Robert Nolan in both movies was absolutely perfect. He is certainly an actor to watch, so keep an eye out for him, as well. Check out these films ASAP – you won’t regret it!

As the co-owner and Editor-in-Chief of PopHorror.com, Tracy has learned a lot about independent horror films and the people who love them. Now an approved critic for Rotten Tomatoes, she hopes the masses will follow her reviews back to PopHorror and learn more about the creativity and uniqueness of indie horror movies.
@Icing_Yousing
Previous Two Worlds Collide: Freddy vs Jason 13 Years Later
Next Review – I SPIT ON YOUR GRAVE 3: VENGEANCE IS MINE