“Welcome back to 13 BITES, the short story collection where blood spills, spines chill and hearts thrill with the possibilities of death, dismemberment and dismay, and you never quite know what fell beast is going to shuffle out of a darkened corridor to suddenly grip your shoulder in its clawed grasp.” 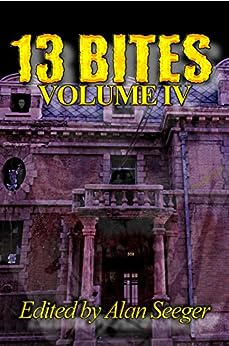 Let’s take a look inside, shall we?

Survive the Night by Sarah Brett

To win a bet, college student Dave convinces his girlfriend, Kitty, to spend the night with him in a rundown, possibly haunted house. Everything starts off the way these stories always do, as Dave and Kitty search through the rooms, capturing their discoveries on video camera. When I first started reading this story, I thought it was going to be just another ‘stupid kids in a haunted house’ tale, but I was pleasantly surprised to see that I was wrong. Survive the Night had a decent twist and was an excellent way to kick off 13 Bites Volume IV.

Return of the Magic Show: Vegas Encounter by J.A. Clark

Daniel Down is a magician working the Vegas strip. He has a few tricks up his sleeve that no one has seen before. Penn and Teller, eat your hearts out. From the get go, I could tell that Daniel Downs was not a nice guy. Just how bad he ended up being was left until the last page of Return of the Magic Show: Vegas Encounter. What a disturbing, creepy tale!

The Ounce of Green Crack by Lynne Cartwell

Professor of literature Molly thought she was doing the right thing when she let an old flame move into her basement while he looked for a job. Once he got comfortable, however, his true colors came out. This story was beautifully written. I could feel Molly’s anguish and desperation. When she mentioned that her method of revenge was inspired by Edgar Allan Poe, I waited patiently to see which one she would instill. This story was perfect in its honestly and simplicity.

Poor Abby Franklin spent long days waiting for her new husband to come home from his many business trips. In his absence, she began to feel someone watching her from the shadows every time she left her house, a feeling that left her nearly incapacitated. It’s a good thing her childhood nursemaid showed up just in time to reassure the young wife. Unseen Eyes is a well-written, tense story underscored with a Gothic heaviness that a lot of contemporary horror seems to lack. This was certainly my favorite story in 13 Bites Volume IV and by far the most memorable. Ten-year-old Rose just found out she was being taken away from everything she loved – her school, her friends, her pet crow, Hector – to move with her parents to a new house hours away. How much worse can it get for a little girl than to be ripped away from the only life that she knew? Let me tell you, it can get much, much worse. When I read the title of this story, I thought Repossession meant pea soup and an exorcist would be involved. Instead, I found a story about a little girl who only wanted to make her parents happy…. any more and I would spoil the story.

The Doorbell by Richard Marcello Mike just wanted to watch the football game and drink a few beers… well, maybe more than a few beers. It seemed like every time he settled down, the doorbell would ring. Who the hell was at the door this time? The Doorbell reminded me of an episode of Tales From the Crypt, with its main protagonist getting just what he deserved. Although, I never did find out who was ringing that doorbell. 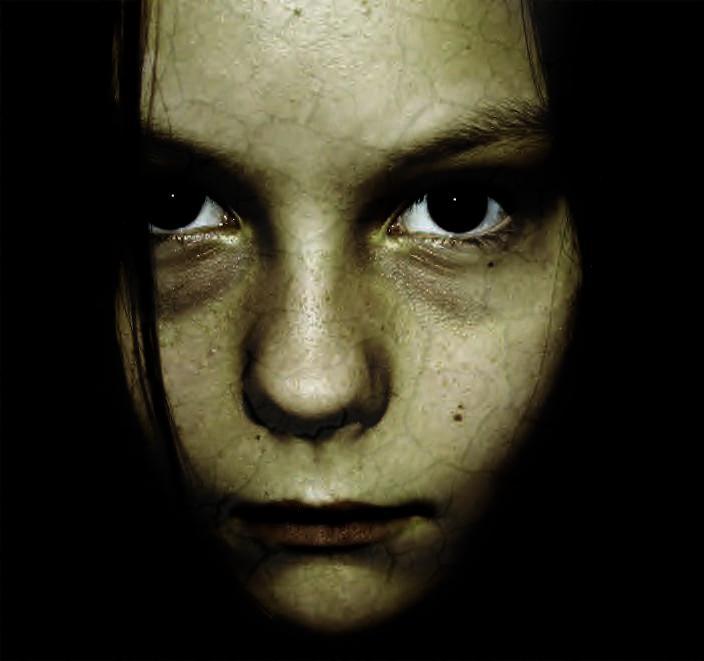 When young Nicola finally gets away from her bullying peer Janice, she climbs into bed to enjoy the Dream, a make believe world on an English countryside where everything is perfect. But what happens when Janice finds her way into Nicola’s precious Dream world? Sixty-five year old Jo Saunders might not be in school anymore, but she remembers what it’s like to be a teenage girl. Janice was a perfectly bite sized and creepy short story that held me from the second I began reading. 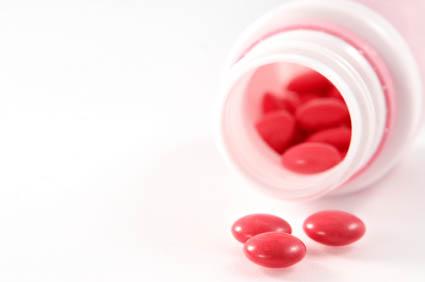 After his wife left him for a toner, more fit man, Bob realized he would do anything to be thin again. With today’s obsession with body image and weight loss, the idea of a drug that could miraculously drop weight from our bodies is a tempting one indeed. There are so many fat loss pills and miracle diets out there that the FDA doesn’t approve and we consumers really have no idea what’s safe and what’s dangerous. It’s a wonder stories similar to Forty Pounds aren’t more prevalent in the news.

The Forest by Sam Morgan Phillips 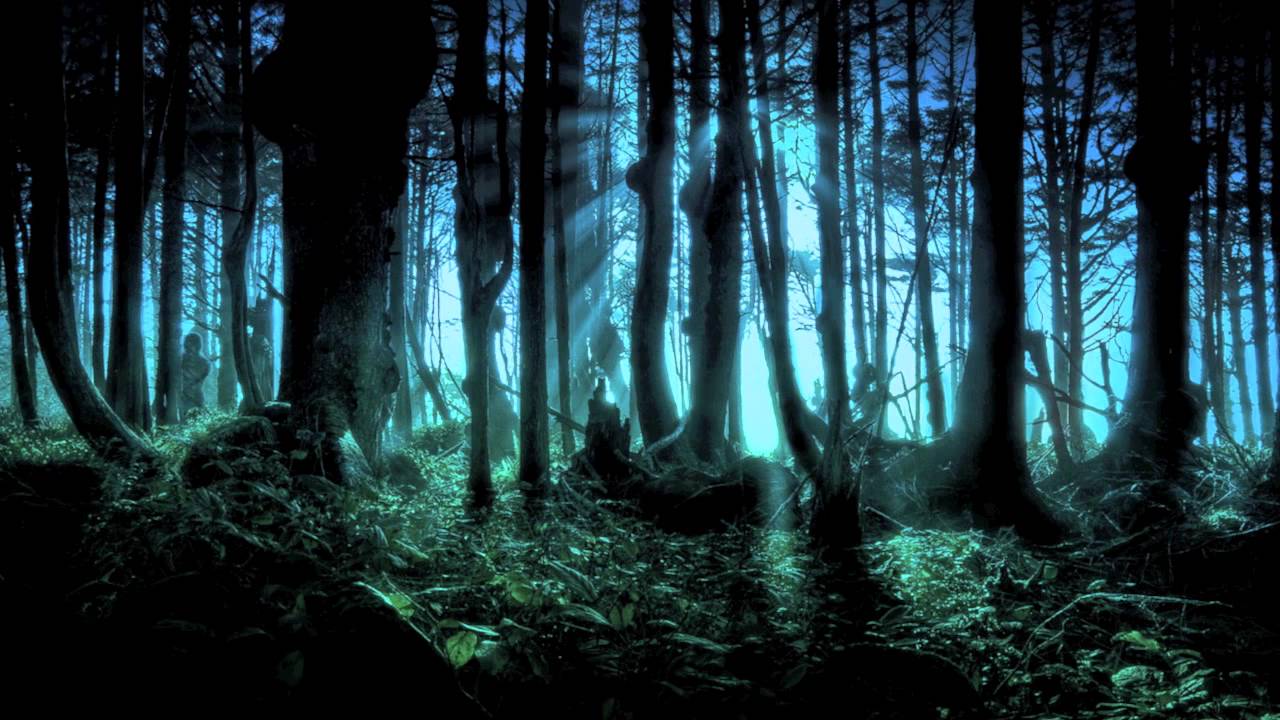 Another story about current events, The Forest lets us know through the eyes of eight-year-old Zoe that destruction of nature can only lead to the end of civilization. The author’s social position in this story is pretty heavy handed. The look of the creatures in the forest jarred with the indigenous setting of Zoe’s village. It’s possible that this was on purpose, but to me, it just didn’t click.

Restoration of Life by Jay Crowley

For Mary Jane, Jake and all of the other troubled young people being checked into the Renew Life Clinic, life would be perfect if their annoying, bothersome parents would just die off and leave them their inheritance. They think they have it made, dodging prison to stay at the Clinic. Little do they know that their stay at Renew Life Clinic not only helps them out, but helps their elderly parents out as well. Parents who feel unappreciated by their spoiled children will get a kick out of Restoration of Life. The story breathes new life into the expression “Living life through your children.”

The Green Ashtray by Thomas Hansen

Julie always reveled in moving to a new apartment – the thought of all of the parties to come excited her like no other. However, she had a strange habit when arriving in her new home… for some reason, this habit always involved a lot of blood and her big green ashtray. Although Thomas Hansen’s prose has a bit to be desired, his story was a good one that impressed me with its originality and heart-thudding ending.

The Second Time by Carla Sarett 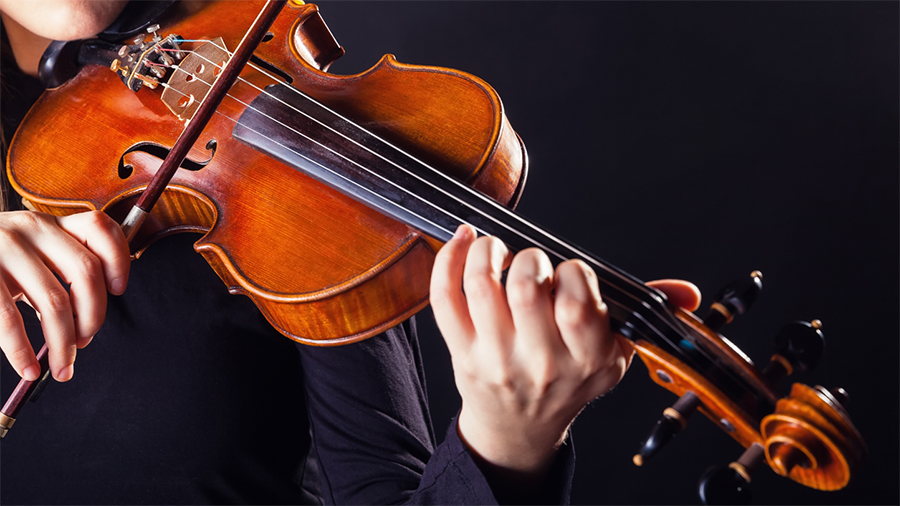 All Clyde wanted was peace and quiet. Was that really too much to ask? When he began hearing violin music playing through the wall of his condo neighbor, he insisted that it stop – despite the fact that the only person who ever lived in that apartment that played violin had committed since before Clyde had even moved in. The Second Time is a hair-raising ghost story and another that brings t mind the vengeful Tales From the Crypt series.

Celeste was your average 19th century maiden, a young schoolteacher looking for love and worried about her father’s increasing work load – that is, until she began dreaming that she was committing horrible, blood-soaked murders on the streets of Whitechapel. The idea of a Jack the Ripper having a soulmate is certainly a new one. I did enjoy the concept, but the execution of the dream sequences was off-putting. I just couldn’t wrap my head around the strange sentence structure. The rest was decently written, although the story itself could have had the same impact in much less pages.

Kell is a loving young husband who also just happens to be one of the biggest drug dealers in his area. When he’s taken out by a rival trying to take over his operation, Kell is shocked to learn that his soul remained behind, transferred to the closest living body nearest his murder site. Unfortunately for him, that body isn’t human… Murdered Life is a cool little tale of murder and revenge, as told through the many eyes of a dead man trapped inside a spider’s body. The twist at the end was perfect.

In just over 200 pages, 13 Bites Volume IV contains some beautifully constructed, heart-pounding horror. Although some of them are far from perfect, the majority were spooky, ominous and fun as hell to read. If you get the chance, grab yourself a copy of 13 Bites Volume IV and take off on an exhilarating thrill ride of terror.

As the co-owner and Editor-in-Chief of PopHorror.com, Tracy has learned a lot about independent horror films and the people who love them. Now an approved critic for Rotten Tomatoes, she hopes the masses will follow her reviews back to PopHorror and learn more about the creativity and uniqueness of indie horror movies.
@Icing_Yousing
Previous ‘Demons Beware’ By Mike Evans – Book Review
Next PopHorror Interviews Troy Escamilla, Director of Party Night and Fright Meter Awards President The adventure continues for angst-ridden, teen ghost, Charlotte Williams in Vol 2 of the Halloween …